Rawat has finally admitted that the tape was fake. But is it enough to get AJ out of jail? 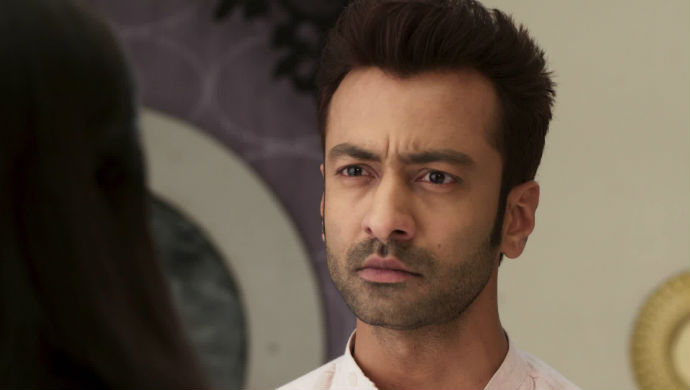 In the last episode of Guddan Tumse Na Ho Payega, we saw Rawat asking for the release of Guddan and Divya. Before leaving, Guddan says goodbye to AJ. Divya meanwhile is completing formalities and heads for the exit, but leaves behind her passport by mistake. Guddan finds it and follows Divya to hand it to her. She is shocked seeing her talk to Rawat and decides to investigate.

While this is going on, there’s chaos in the Jindal household, when a bunch of workers from AJ’s restaurant come marching in. They demand AJ’s overthrow as the owner of the restaurant. One of the Jindal bahus offers to replace AJ to calm down the workers and they leave. Back home, Divya is frantically looking for her passport when she hears a knock on the door. Guddan comes disguised as a big producer looking for an Indian actor for her next project. Guddan succeeds in trapping Divya and exposing her truth. The episode ends with a bunch of goons entering Divya’s home and kidnapping her, and smacking Guddan on the head which leads her to lose consciousness.

In tonight’s episode, we saw Rawat threatening AJ, saying that he will be spending his life in jail. Just then Guddan walks in, and points a gun at Rawat, telling AJ about the fake recording. She tells Rawat to confess or else she will shoot. To her shock, he does and says that he had no other option. He tells Guddan that the recording that he had initially found on the cassette was real. He had sent it to get the tape repaired but it got lost in the process. Hence, he had to get it re-recorded. Rawat says that he believes that AJ is the culprit and that he will get a death sentence.

AJ asks Guddan to give Rawat his gun back and the latter asks her to stay in her limits. Meanwhile, Divya is getting tortured by the goons that kidnapped her. Rawat is observing the action on video call and says that keep her till the court doesn’t convict AJ.

Later, it is revealed that Jindal bahu Saru, who had offered to take AJ’s position at the restaurant, had in fact fabricated the protest. She is shown paying the actor his sum of money. She is called out by Lakshmi who tells her off for her behaviour. Saru defends herself saying that she isn’t doing this just for herself but for everyone else, since someone needs to take charge of the Jindal household. Lakshmi falls for her trap.

Guddan asks AJ why he let Rawat go and he says that he knew that the cassette was fake. He says that he will be safe since the truth can’t be hidden. Guddan leaves from prison and reaches home. Saru and Lakshmi rush to her, asking her where she had been. She tells them that she needs their help to get AJ out of jail. Saru says that they can’t when Durga interrupts saying that they can and they will. The episode ends with the Jindal bahus and Guddan vouching to help AJ’s release from jail.

#WelcomeHomeAbhinandan: As The Braveheart Returns, Bollywood Celebs React On Twitter