Durga plans to mix up the songs in Guddan's performance to throw her off her rhythm. 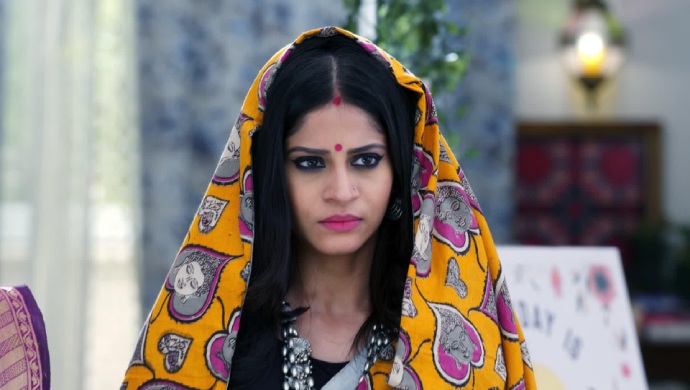 In tonight’s episode of Guddan Tumse Na Ho Payega, Guddan uses a washing machine to make aamras for 500 kids. She not only helps AJ keep his promise to the kids but also wins the challenge against Shanti bua. Not one to accept defeat, Shanti bua throws Guddan a dance challenge. Guddan has to train Lakshmi while Shanti Bua will teach Durga. In the end who’s dance is better will end up winning the challenge. When Lakshmi gets injured during practice, Guddan gets worried.

In the next episode, Shanti bua says that the songs will be decided on the moment. The one who comes up with the best dance on the spot will be the winner. Durga tells Saraswati bahu to keep changing the songs during Guddan’s performance to throw her off rhythm.

While Guddan is performing AJ shows up to dance with her. Shanti looks on at Guddan’s performance with AJ. Will Guddan be able to beat Durga at dance? Stay tuned to find out.