AJ returns home but he has lost his memory and doesn't remember Guddan. 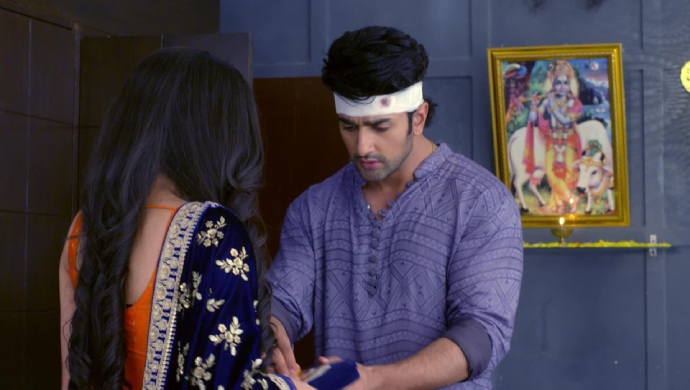 In the previous episode of Guddan Tumse Na Ho Payega, Angad tries to drown AJ in the water with the Durga idol. AJ manages to break himself free. AJ rushes to take him out of the water. When she returns home, Angad tries to force her to get married. Just then AJ steps in to stop Angad and demands to know what is going on.

In tonight’s episode, AJ stops Angad and demands to know what is going on. Guddan is surprised to see AJ in the house after she had left him in the hospital. She asks AJ to punish Angad instead of talking to him. AJ then asks Guddan who she is. He doesn’t know her or recognize her. He even asks the entire family to take her out of the house.

Guddan tells AJ that she is his wife. AJ remembers his ex-wife and tries to remember Guddan. However, he faints from the stress and has to be taken into his bedroom. The doctor comes in to check on AJ. He informs the family that AJ has suffered partial memory loss because of which he remembers his family, but not Guddan.

Durga sees this as an opportunity and tries to manipulate Angad again. She tells that AJ returning after losing his memory is good for them. This way AJ doesn’t remember everything Angad did to him. He also makes the way clear for Angad to marry Guddan.

Meanwhile, Guddan decides to bring back AJ’s memory. She carries some things which will bring back memories to AJ’s room. However, AJ sees with a photo of him and her together and he gets angry. He calls Guddan a fraud who is trying to fool him. Durga shows up and AJ asks her to take Guddan away. Durga tells Guddan that the best thing for her would be to leave Jindal Bhavan.

When Guddan is walking away, Angad stops her in her tracks. He tells her that she doesn’t have to leave the Jindal Bhavan if she decides to marry him. Guddan says she will never marry Angad and threatens to expose his crime to everyone in the family.

Angad tries to commit suicide because Guddan thinks he has killed AJ. He makes a big deal about it in front of the family. However, Guddan sees this and decides to teach Angad a lesson he will remember for life. Stay tuned to find out about Guddan’s revenge.