In tonight's episode, AJ tells Guddan that he is sorry for not believing her and Guddan decides to tell AJ that she loves him. 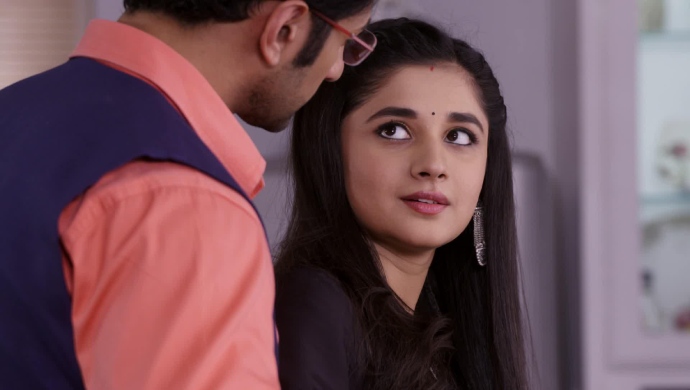 In the previous episode of Guddan Tumse Na Ho Payega, Guddan’s brother, Vikram, enters the Jindal house to be at the house with AJ. He takes Antara to speak to her privately and scolds her for ruining so man lives. Antara tries to blame Guddan but Vikram says he has proof against her too. Guddan forces Antara to confess her crimes to the family before she does. Antara only says that nothing happened between her and AJ. She decides to leave the house.

Guddan finds AJ crying while cooking food. He remembers the moments when he stopped from saying he is innocent. AJ tells Guddan that he is sorry for not believing in her. Daadi also apologises to AJ for forcing him to marry Antara without find out the truth.

Guddan tells Lakshmi that she is afraid of losing AJ again and decides to tell him how much she loves him. Durga hears this and tells Antara who gets angry. She promises that Guddan and AJ won’t get back together and she will make sure it happens before she leaves the next morning.

Antara goes to AJ and tells her that it is better for her to leave the house. She says she will miss him and tries to give him a hug. AJ backs away from her and tries telling her that he only loves Guddan. Later, Lakshmi also tells Antara that she was always at fault and she is happy that Guddan got justice.

Antara plans to ruin AJ and Guddan’s relationship. On the other hand, Guddan and AJ try to propose to each other but they both get nervous. Will AJ and Guddan realise their love for each other or will Antara succeed in her evil intentions. Stay tuned to find out.