In tonight's episode, Daadi asks Guddan and AJ to get re-married, as a happy couple this time, and calls a Pandit to fix the date. 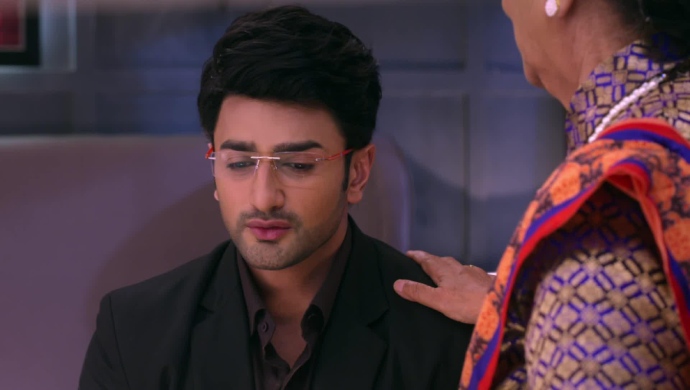 In the previous episode of Guddan Tumse Na Ho Payega, AJ brings Guddan out of the hospital and takes her home. Durga and Saraswati notice that AJ is falling in love with Guddan. AJ constantly takes care of Guddan and even massages her feet. Durga and Saraswati notice that Guddan and AJ are coming closer and decide to stop their relationship from growing. Guddan asks Parv’s wife, Siddhi, to continue living with them.

In tonight’s episode, AJ calls a pandit to finalise a good date for Angad and Revathi’s wedding. The pandit sees the kundalis and says the earliest date is three days away. Guddan and AJ are excited to get Angad and Revathi engaged in two days and married in three days. However, Revathi says these dates are for AJ and Guddan’s wedding.

AJ and Guddan are surprised but Daadi explains the situation to them. She says that the pandit was called to finalise AJ and Guddan’s rem-marriage. She wants them to do it right where they both fulfill their relationship of husband and wife properly.

AJ is worried and when he is in a room alone with Daadi he tells her his problems. He believes the way things are happening at home something will go wrong at the wedding too. He is also worried that Guddan doesn’t love him back. Daadi convinces him to propose to Guddan to know if she is in love with him.

Durga and Saraswati hear that AJ plans to propose to Guddan. They decide to stop it from happening. The next morning AJ wakes up and watches Guddan while she is sleeping. When Guddan wakes up AJ decides to tell her that he loves her. AJ is nervous at first but just as he is about to say ‘I love you’, Durga calls Guddan