Guddan has suspected that AJ is hiding something from her and gets suspicious. Will his truth be out soon? 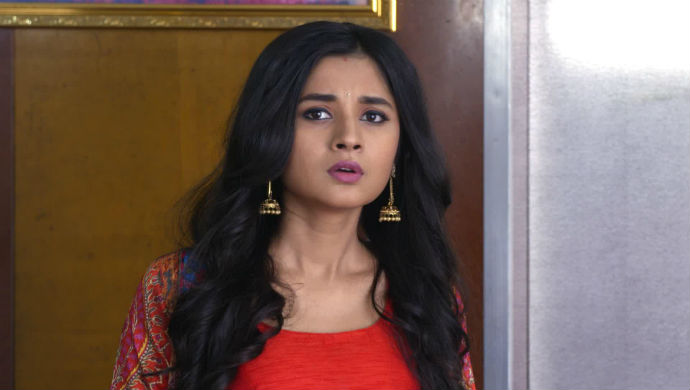 In the last episode of Guddan Tumse Na Ho Payega, we saw Guddan escaping a near death accident. She is about to be hit by a car, being driven by Rawat, but he stops just in time. Later, he takes her back home but instead of being thanked, is asked to leave by the Jindals. Dadi thanks the lord for keeping Guddan alive and eventually starts talking to her again. Meanwhile, a mystery woman enters AJ’s life and dances for him. He puts a mangalsutra around her and puts her to bed. Parv and Saraswati unite to turn against Guddan and blackmail Siddhi into keeping quiet.

Guddan tries to mend relations with AJ but he continues to shun her. The mysterious woman wakes up the next morning, notices a pair of keys lying on the ground and heads out. She lands up at a parking lot and informs AJ about the same. The episode ends with AJ getting frantic and rushing out to meet the woman.

In tonight’s episode, we saw Akshat rushing to meet the mystery woman at the parking lot. He leaves an important file behind which Guddan carries for him and follows where he’s going. AJ approaches the mystery woman, holds her hand and says that he told her not to come home. Guddan catches AJ talking to someone but can’t spot who. She asks him whom he is talking to and gets confused when she sees no one, as the mystery woman hides. He asks Guddan to leave and not meddle in his business.

AJ asks the mystery woman to step inside the car and Guddan wonders about his strange behavior. She is confused as to who the person at the backseat of AJ’s car is. She takes out her scooter and decides to follow him. AJ stops his car near a secluded house and quickly takes the woman inside. Guddan tries to break in but fails and leaves. AJ spends the night and returns home the next morning.

Guddan gets a call from AJ’s restaurant and learns that he hasn’t visited since two days. She gets suspicious and investigates. Guddan looks through AJ’s closet and finds a strand of her on his coat. Lakshmi looks at the strand and says that it probably belongs to another woman, that AJ might be meeting. Later, Guddan confronts AJ but the latter doesn’t reveal anything and instead ends up fighting with her. The episode ends with AJ getting a call and stepping out of the house and Guddan observing the same, deciding to find out the truth.

Will she succeed? Who is the mystery woman in AJ’s life? Stay tuned for all the updates here!