In the next episode, Guddan flirts with Tanwesh Handa to make Antara jealous about losing out on a much richer man. 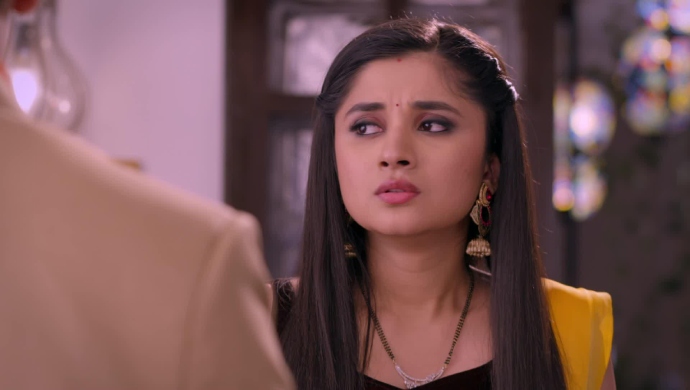 In tonight’s episode of Guddan Tumse Na Ho Payega, Guddan informs AJ that Antara is going to the hotel to meet Tanwesh Handa. AJ decides to get there first but finds Antara is already there when he reaches. So AJ dressed up as Tanwesh tells Antara that he brought the exact same shoes shirts and shorts for AJ. He even gives Antara a car to impress her. However, Antara tells Saraswati that she will marry AJ only because she wants to get revenge of Guddan. However, AJ tells Guddan that he has a plan.

In the next episode, AJ enters the house dressed as Tanwesh Handa. He thanks Antara for setting up a grand welcome for him. Guddan interrupts Tanwesh and says that she organised the grand welcome for him. Tanwesh says he is impressed with Guddan and gives her an expensive chain. Antara get jealous seeing this. Guddan tells Antara to keep her eyes on AJ and his family while she focuses of Mr. Handa and his wealth. Will Antara’s greed make her leave AJ? Stay tuned to find out.