In tonight's episode, AJ tries to propose to Guddan but fails. He later lies to Guddan about her cooking because he loves her. 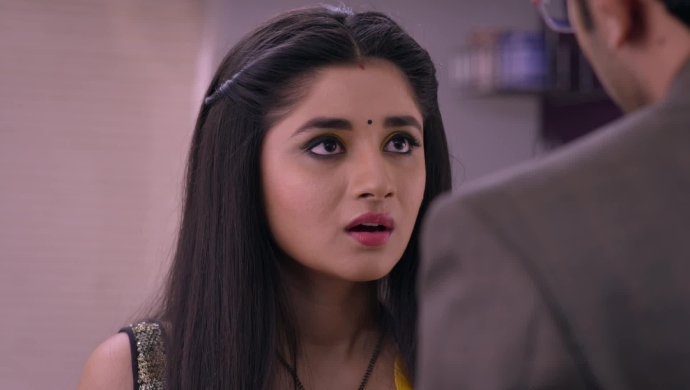 In the previous episode of Guddan Tumse Na Ho Payega, Daadi decides that AJ and Guddan should get married again. She wants them to get married as a happy normal couple. AJ wants to know if Guddan loves him too. Daadi asks AJ to propose to Guddan. Durga overhears this and decides to put a stop to AJ and Guddan’s romance. When AJ is about to propose to Guddan, Durga takes Guddan away to cook a special dish for AJ.

In tonight’s episode, Daadi shows AJ that Guddan is making his favorite food Chole Bhature to please AJ. Daadi asks him to go and tell Guddan that he is in love with her. AJ is nervous and says he is waiting for the right time. Daadi convinces him that this is a right time and sends AJ into the kitchen.

AJ goes in to proposes to Guddan. Laskhmi tells Daadi that AJ will be too scared to propose. AJ goes to the kitchen but instead of proposing to Guddan he chickens out. He tells Guddan that the dough for the Bhaturas are not good enough and helps her knead it properly. Daadi enters the kitchen to help AJ but he makes an excuse and leaves.

AJ wears a colourful shirt that Guddan gifted him to impress her. He even has a filmy moment where he sees Guddan in different people at home. Guddan brings him the Chole Bhature which she made specially for him. AJ praises the dish calling it brilliant while, Durga and Saraswati know that the food is ordinary.

Durga meets Guddan in the kitchen and tells her to taste the food. Guddan realises the food is alright and not brilliant. Durga tells Guddan that AJ praised her out of sympathy and now because he is love with with her. Guddan gets angry and decides to confront AJ for lying to her. Stay tuned to find out how AJ deals with Guddan’s anger.