In tonight's episode, Durga gives Antara poison, who serves poisoned ghee to AJ so that he doesn't leave her for Guddan. 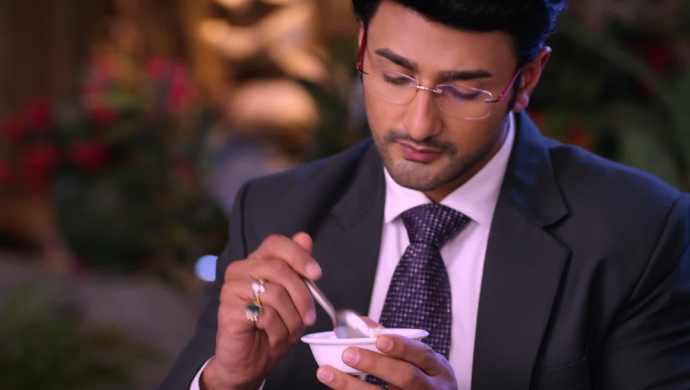 In the previous episode of Guddan Tumse Na Ho Payega, Guddan asks Antara to leave the house the next morning. Guddan even locks the proof in a password protected safe. AJ apologises to Guddan for not believing her earlier. Durga tells Antara that Guddan plans to propose to AJ. This angers Antara and she decides to come up with a plan to separate Guddan and AJ. She tries to get close to AJ and hug him but he avoids her to be with Guddan.

In tonight’s episode, Antara is in the kitchen lost in thoughts of her revenge. She doesn’t notice the milk boiling. Daadi turns off the gas and tells Antara to take care. Antara says she has been hurt enough and again mentions that she is leaving. Daadi says Guddan has taken her place in the house and it’s good for Antara to leave.

When Daadi leaves, Durga enters with a small bottle of poison. She asks Durga to think again about what she is doing. Antara says if she can’t be with AJ then Guddan cannot either. Guddan gets a not from AJ calling her outside. She finds little love notes from AJ for her. Guddan also keeps such notes for AJ.

They both end up saying ‘I love you’ with such grand gestures. When they both meet outside AJ hugs Guddan and the express their love again. Later, during dinner Antara says that she couldn’t cook anything since she returned now she wanted to do so before leaving. Guddan gets suspcious and follows Antara in the kitchen.

There she sees Antara talking about mixing poison in the kheer. Guddan even tastes to see if the kheer has a weird taste but doesn’t find anyting wrong. Antara tells Guddan that she didn’t poison the entire kheer she only poisoned AJ’s kheer. Guddan rushes to AJ and knocks the bowl of kheer before he takes a spoonful of it.

She tells AJ that Antara is trying to kill him. To prove her innocence, Antara decides to take a morsel of the kheer. Guddan tries to stop Antara but is unable to do so. Antara has a bite and then faints. Will Antara survive after eating her own poisoned kheer? Stay tuned to find out.