In the next episode, Guddan's plan fails when Antara makes her unconscious and locks her in a room. Saraswati and Parv try to stop Durga for a reason. 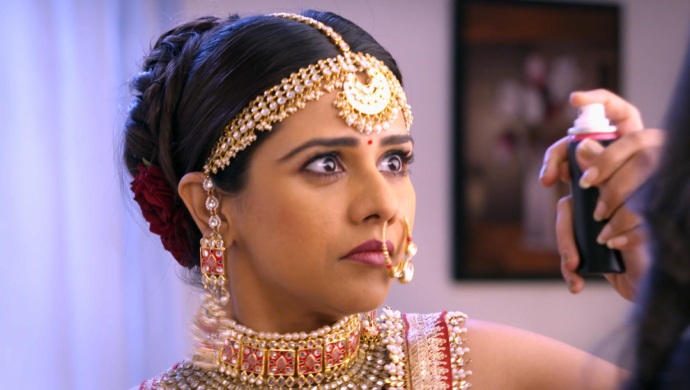 In tonight’s episode of Guddan Tumse Na Ho Payega, Durga, Revathi and Lakshmi all offer their help in proving Guddan innocence. Antara is excited about her wedding where Parv and Saraswati promise to help her marry AJ. Antara makes fun of Guddan and asks her to remove the mangalstura. Guddan says that Antara is now facing not just a wife but a mother as well. She promises to ruin Antara’s life for killing her child. Revathi and Lakshmi tell Guddan that Durga has gone to get the real CCTV footage. Durga threatens to kill the doctor’s wife if he doesn’t bring her the real footage. The doctor gives Durga the real footage and she decides to bring it to Guddan. AJ refuses to stop his wedding with Antara even after Guddan begs him to stop.

In the next episode, Guddan tries to make Antara unconscious. She gets into a fight with Antara and ends up spraying herself with the chloroform. Antara locks and unconscious Guddan in the room and goes to the mandap to marry AJ. Durga tells Lakshmi that she has proof against Antara. While Durga is on her way she is trapped by Parv and Saraswati who bring their own goons with them. Will Durga reach in time to stop the wedding? Stay tuned to find out.