In tonight's episode, Antara mixes up her test results to show one that proves Antara is pregnant after spending a night with AJ. 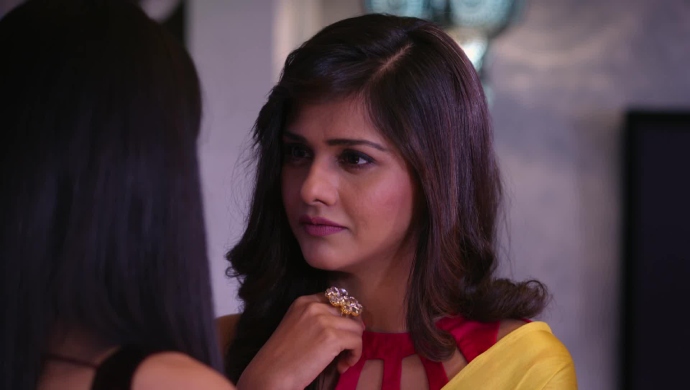 In the previous episode of Guddan Tumse Na Ho Payega, Antara decides to make kheer for the family before she leaves. Durga gives her a bottle of poison which Antara says she will use to end Guddan. When Guddan sees a bottle of poison near the kheer she tastes the food and finds nothing wrong. Antara tells Guddan that only AJ’s bowl is poisoned. Guddan knocks AJ’s bowl out of his hand. Antara tastes kheer from AJ’s bowl to prove there’s not poison but faints.

In tonight’s episode, Guddan asks the doctor whether the poison affected Antara. The doctor says that nothing happened to Antara or her baby either. The Jindal family is shocked to hear that Antara is pregnant. Anatara says that she didn’t want to baby to come in the middle of Guddan and AJ’s relationship which is why she lied about that night with AJ.

AJ tells Antara to not leave the house and stay with them. Guddan loses her cool and tells AJ that this is another plan of Antara’s. She first questions the doctor but finds out that the doctor is one the family trusts for years. She tells AJ that Antara was never in coma and that she is only here for his money.

Guddan decides to show AJ proof against Antara on the pen drive. But when she opens the safe she finds the pen drive missing. Guddan accuses Antara of stealing the proof too. No one in the family believes Guddan at this point. Even AJ says he understands Guddan’s anger but cannot believe how badly she is behaving with Antara.

Later Guddan confronts Antara and Durga in their room. Antara laughs and tells Guddan that she knew Gudddan would put AJ’s birthday as the password. She also tells Guddan how they mixed up the test results to show that Antara was pregnant. Will Guddan be able to expose Antara’s truth again? Stay tuned to find out.

Adnan Khan Aka Kabeer From Ishq Subhan Allah: I Am Not Dating Eisha Singh