AJ notices Angad trying to get close to Guddan again and makes a new plan to find the real culprit. 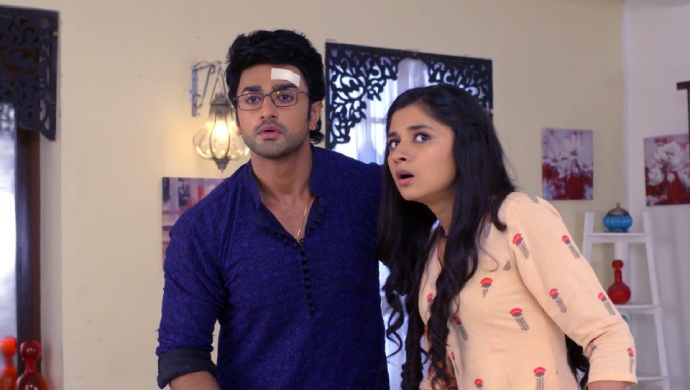 In the previous episode of Guddan Tumse Na Ho Payega, AJ welcomes Rocky to his house. He even tells Guddan to leave if she has a problem with Rocky. Later, Angad shows up with the divorce paper which AJ and Guddan sign on. AJ then explkains to Guddan that it is all part of his plan. Rocky hears AJ telling Guddan about his plan. He runs to tell Angad, who doesn’t belkieve him.

In tonight’s episode, Angad comes up to Guddan when she is alone. He offers her a rose as a sign of his love. He tells Guddan that he will treat her better than AJ. Now that her relationship with AJ is done, he asks her to be with him. Guddan notices AJ standing by watching all this happen. To make AJ jealous she takes the rose from Angad.

When AJ asks her why she took the rose, Guddan says that is all part of the plan. She then throws the rose in the trash can in front of AJ. Angad runs to Durga telling her about Guddan’s reaction. He tells her that Guddan accepted the rose from him and agreed to get married. Durga begins to get suspicious about Guddan’s intentions.

Later Angad tries to give Guddan a golden bangle. AJ who again sees this from afar, gets angry. Guddan refuses to accept the bangle by telling Angad she doesn’t like the colour. AJ can no longer hold the jealousy he feel seeing Angad with Guddan. He comes up with a plan to find the person controlling Angad.

He leaves a letter in Angad’s room as a blackmail letter. The letter asks Angad for a share in the property to not reveal his crimes against AJ. Angad sees the envelope and goes straight to Durga. However, the envelope doesn’t have the letter. Instead it contains a wedding card for Angad and Guddan’s wedding.

Durga had a doubt on Guddan and when she found the letter she replaced it with the wedding card. Thus, AJ and Guddan are still not close to finding the real mastermind. Meanwhile, Durga asks Rocky to leave before he gets into trouble. Will AJ and Guddan find the real culprit or will Durga get away with her crime? Stay tuned to find out.