Angad assumes Durga is blackmailing him. Will AJ's master-plan work? 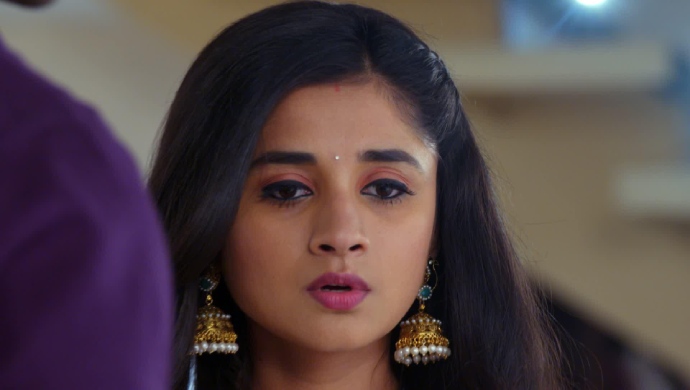 In tonight’s episode of Guddan Tumse Na Ho Payega, AJ welcomes Guddan to their house after Angad invites him. He even goes against Guddan and invited Rocky for lunch with them. Later, Angad brings divorce papers that AJ and Guddan sign on. AJ consoles Guddan and tells her that it was all an act. He even signed the papers in vanishing ink. Guddan begins having suspicions on Durga after Rocky keeps showing up to create more trouble.

Watch a sneak-peek of the upcoming episode here.

In the next episode, AJ decides he has had enough of the cat and mouse game. He tells Guddan that he has an idea which will lead them straight to the main culprit. AJ leaves a letter for Angad blackmailing him to give half his property or they will tell everyone what he did to AJ with proof.

Angad sees this letter and assumes it is Durga. He goes straight to her confronting her about the letter. AJ and Guddan see this happen and are shocked to see Angad discussing the letter with Durga. How will AJ and guddan deal with Durga? Stay tuned to find out.