In the next episode, Daadi helps Guddan by first pretending to be ill and halting the wedding and then lures Antara into Guddan's trap. 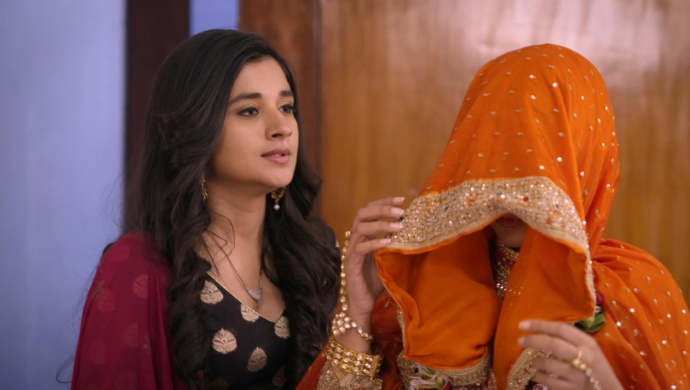 In tonight’s episode of Guddan Tumse Na Ho Payega, AJ looks at Guddan while walking towards the mandap. He tells that pandit that he is ready to get married. Guddan decides to stop the wedding anyhow. Durga is driving back to the Jindal Bhavan with the real CCTV footage. Parv and Saraswati manage to make Revathi and Lakshmi unconscious and escape.

They try to stop Durga and her husband Shiv from getting the real CCTV footage back home. Guddan tries to spray chloroform on Antara’s face with but fails. Instead, Antara sprays the same chloroform in Guddan’s face and puts her in a cupboard. Daadi finds Guddan and decides to help her. Durga gives the wrong pen drive to Parv along with Saraswati and takes the actual pen drive with her.

In the next episode, Daadi pretends to fall unconscious during the wedding. AJ halts the wedding and decides to take care of his mother first. He asks Antara to wait in the room until he gets a doctor for Daadi. Guddan comes out of the cupboard and this time she successfully sprays chloroform on Antara. By the time AJ returns, Daadi says she is feeling alright and wants to continue with the wedding. Guddan takes Antara’s place at the mandap. Will Antara wake up in time to stop the wedding? Find out tomorrow.