In tonight's episode, Guddan survives after falling off a cliff. She returns home to find out why AJ shot her and let her fall off the cliff. 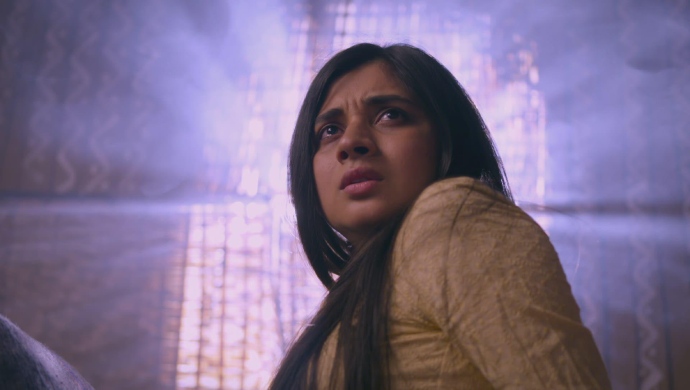 In the previous episode of Guddan Tumse Na Ho Payega, Guddan and AJ go on the vacation Angad planned for them. Guddan and AJ go out for a walk when it starts raining. AJ covers Guddan and they run into a shed to take shelter. Someone breaks into Guddan and AJ’s room and burns a photograph of AJ and Guddan. Durga notices someone but is unable to recognise or catch the person. AJ and Guddan get romantic in the shed. Later Guddan finds AJ near a cliff. When she tries to talk to him, AJ shoots Guddan.

In tonight’s episode, Guddan is shocked when AJ shoots her. She slips and falls off the edge of the cliff. AJ looks emotionless as Guddan falls to her death. Guddan wakes up a month later in a small hut where the village doctor removed the bullet from her body. Guddan decides to find out the truth by confronting AJ.

Daadi is crying at home because Guddan is not with them anymore. Durga and Lakshmi agree with Daadi while Lakshmi puts a garland around Guddan’s photograph. Just then Guddan walks in and surprises everyone by saying she is alive. Daadi calls AJ downstairs and even he is shocked seeing Guddan.

Guddan says she lost her balance and fell because AJ was not with her. She hugs AJ and goes back with him to his room. Guddan notices that everything in his room is disorganised. Guddan realises that AJ’s mind is troubled. She tries to demand an answer to why AJ shot her. AJ denies ever shooting Guddan.

Durga, Lakshmi and Daadi are in a room together. They wonder how to tell Guddan about the changes that happened in the house since she left. Daadi says they should do it as soon as possible because Guddan is the saas of the house and deserves to know the truth. Guddan sees AJ cooking in the kitchen.

She notices he is not able to cut anything properly. Guddan sees this as a sign of mental stress. She asks AJ why he shot her. AJ admits that he shot Guddan. He even says he shot Guddan because he hates her. Guddan knows AJ is lying and AJ too wishes he could tell Guddan the truth. Will Guddan find out the truth herself? Stay tuned to know.

EXCLUSIVE! Nia Sharma: My Chemistry With Ravi Dubey In Jamai 2.0 Will Shock…

EXCLUSIVE: Sakshi Tanwar: People Who Have Seen Mission Mangal Will Want To Watch…