Angad attacks Rocky for saying Guddan doesn't love him. Rocky knocks him unconscious and kidnaps him 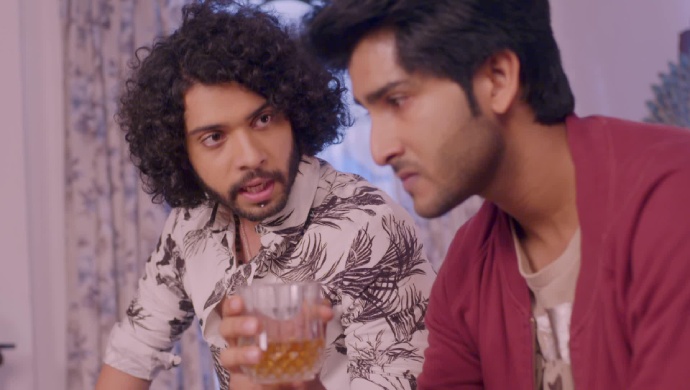 In the previous episode of Guddan Tumse Na Ho Payega, Angad tries to come closer to Guddan with gifts. Guddan refuses his gifts. AJ gets jealous when he sees Angad going after Guddan. He decides to trap Angad by sending him a blackmail note. However, Durga has begun to doubt Guddan’s intentions. She finds the note and replaces it with a wedding card for Guddan and Angad’s wedding.

In tonight’s episode, Guddan gets another gift from Angad. He tries to give her an expensive necklace which AJ notices again. Guddan manages to brush Angad away without taking his gift. AJ realizes how hard it must be for Guddan to deal with Angad and decides to do something about it soon.

Angad meets Durga who tells him about AJ and Guddan’s act. She tells him that Guddan is only pretending to love him. Her divorce with AJ is not real and AJ has not lost his memory either. Angad doesn’t believe her. He thinks Durga is jealous and wants to break up his relationship with Guddan.

To prove her point, Durga laces Guddan’s juice with a sedative. Guddan realizes the juice tastes weird as if someone mixed alcohol in it. She comes up with an idea to get Angad to drink alcohol and spill the truth. Instead when she goes to AJ’s room she is dizzy. She ends up telling the entire plan to Angad.

Durga is once again proved right while Angad is shocked. He goes to his room and begins drinking. Rocky shows up to his room to warn him. He tells Angad what he already knows. He says that Guddan doesn’t love him and AJ is using him to get to Durga. Angad gets angry and tries to attack Rocky.

Rocky manages to knock Angad unconscious and carries the body away. AJ and Guddan hear noises in Angad’s room and go in to check. There they find Angad missing and start getting worried. Rocky calls up Durga and tells her that he has kidnapped Angad.