AJ's brother Guddan will be seen getting violent with the Jindal bahus. How will Guddan handle the situation? 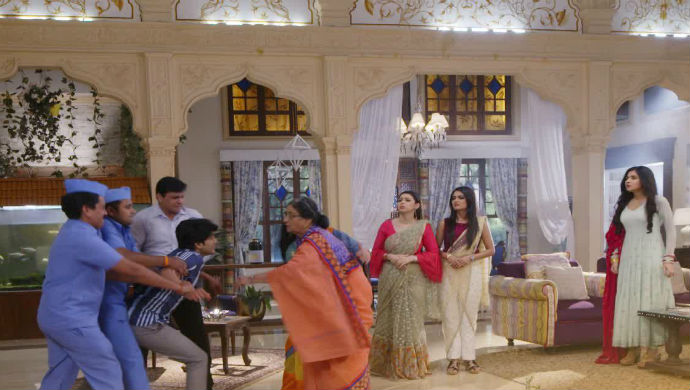 In tonight’s episode of Guddan Tumse Na Ho Payega, we saw Guddan catching hold of AJ’s mystery woman and getting her home. AJ finally spills the truth and shocks everyone when he reveals that the mystery woman, is in fact his younger brother Angad. Dadi tells Guddan and the rest of the Jindal bahus, that Angad is mentally unstable and his condition started deteriorating after he suffered from a heartbreak. She says that after a bitter breakup, Angad’s mental health took a hit and he started dressing up and dancing like a woman.

Dadi asks AJ if Angad can stay at the Jindal house but he says no as he could become violent with the family members. The episode ends with Guddan deciding that she will reunite AJ and Angad.

In the upcoming episode, AJ’s fears will come true when Angad will get violent! He will be seen choking Saraswati, Durga and Lakshmi. Doctors will rush in to take him back to the mental institution, but Guddan will stop them.

What is she planning to do? How will Guddan handle the situation? Stay tuned to find out!