In tonight's episode, Guddan visits Alisha who is now working at AJ's restaurant and thanks her for taking AJ away from the house. 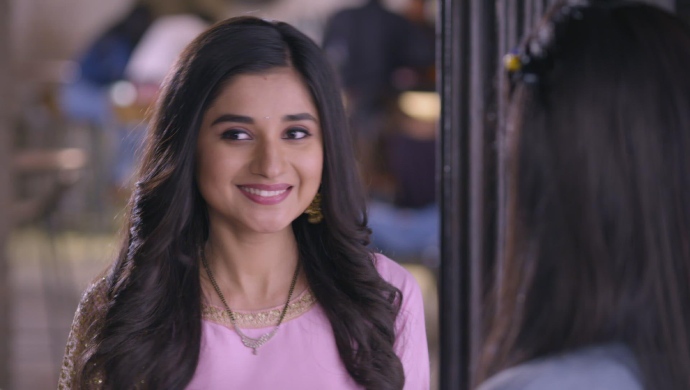 In the previous episode of Guddan Tumse Na Ho Payega, Guddan promises that she will stop the wedding. She makes Lakshmi and Durga knock Parv unconscious. Parv still shows up at the mandap after Revathi and Saraswati help him. Later Guddan tries to get Parv arrested to marrying someone else. However, Revathi says she and Parv are already divorced. Eventually Guddan is forced to let Alisha take AJ away to stop her from marrying Parv. Guddan tells Revathi that Alisha will bring AJ back home before Karva Chauth is done.

In tonight’s episode, AJ is sitting in his room with a bowl of soup. Alisha notices he is not eating anything and tries to feed him. She pretends like she wanted to bond with him but at the last minute throws the spoon away from him. She says that she will make his life with her hell just like he ruined Antara’s life.

AJ goes to his room and makes a video call to Guddan. He tells Guddan that he will be doing a Karwa Chauth fast with Guddan. They both eat their last meal before fasting, together on the video call. Guddan tells AJ that Alisha herself will bring AJ back to the house to break Guddan’s fast.

While she is at the restaurant, Alisha struggles to keep up with the work pressures of the restaurant. Alisha refuses to help in the kitchen anymore. AJ asks her to go out and take care of some special guests outside. When Alisha goes outside she sees Guddan, Daadi, Durga and Saraswati out for a kitty party.

They all see Alisha and thank her for taking AJ away. They say that they now have so much freedom since AJ is not there anymore. Guddan asks Alisha to bring food for them. Guddan tells everyone that they are only acting like they will eat but they are all keeping a fast for Karva Chauth. Will Guddan’s plan succeed? Find out tomorrow.