In tonight's episode, Guddan finds out that Revathi is married to Parv and is even more angry when she hears AJ approved of it. 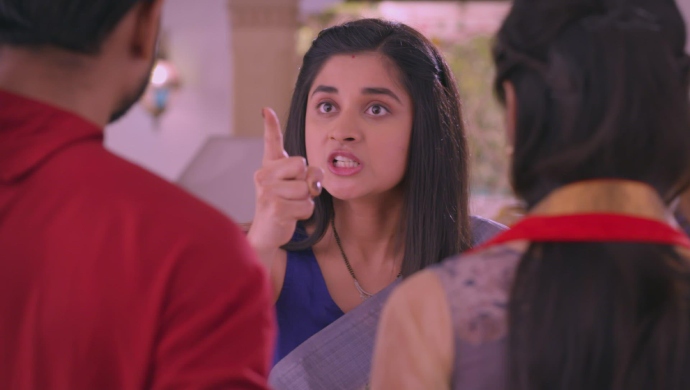 In the previous episode of Guddan Tumse Na Ho Payega, Guddan wakes up in a hut a month later after falling off a cliff. Guddan thanks the villagers who took care of her and decides to go and question AJ. When Guddan reaches home she sees Daadi, Lakshmi and Durga who are overjoyed to see her. Guddan notices that AJ has not been keeping well after trying to kill Guddan. He admits that he shot Guddan but refuses to tell her why he did so. Daadi, Durga and Lakshmi decide to tell Guddan everything that happened in the one month she was away.

In tonight’s episode, Guddan’s parents visit the Jindal Bhavan to meet Guddan. They cry and make Guddan promise she will never go away again. Guddan asks for Revathi and her parents say that Revathi lives in the Jindal Bhavan itself. Lakshmi tells Guddan that Revathi went to the temple and will return in a while.

Guddan asks everyone in the house why they allowed Revathi to marry Parv. They all says that AJ decided this and they could not stop him. Guddan decides to expose Parv’s real side again. Guddan first goes to ask AJ why he married Revathi to Parv.

When Guddan confronts AJ he tells her that he doesn’t care about her family. He even tears a photo of Guddan’s family and gives it to her. Durga also feels that Guddan is right and Parv has not improved at all. Guddan tries to convince Revathi to break her marriage but Revathi herself says she is happy with Parv.

Later, police enter the Jindal Bhavan and call Guddan. They tell her and AJ that everyone thought her death was an accident. But they have a new witness who says that he seen AJ shooting Guddan and watching her fall of a cliff. Will AJ’s crime be caught? Stay tuned to find out.

Preeta Of Kundali Bhagya To Pragya From Kumkum Bhagya: Beautiful Brides Of Zee…

Posham Pa Trailer: A Childhood Game Gets A Sinister Spin In This ZEE5 Original…