Rawat succeeds in creating a wedge between Guddan and AJ. Will she be able to defend herself? 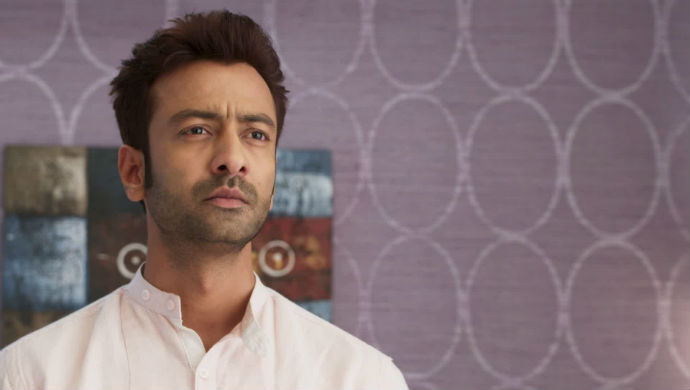 In the last episode of Guddan Tumse Na Ho Payega, we saw Akshat and Guddan getting trapped in a fire. They are stuck inside a room and are locked up there by Vijay, a goon who is out to ruin their Valentine’s Day celebrations. Guddan looks out for Akshat and says that though they don’t share a typical romantic relationship like other couples do, she still trusts him. Meanwhile, Revati realizes that Guddan was right when she meant that Parv’s love for her (Revati) is fake. She is upset knowing that it was Guddan who tried to save her life and not Parv, when she was trapped in a fire. Revati breaks off relations with Parv.

Guddan feels breathless and collapses. Akshat rushes to the door to let her out but falls unconscious. Seeing this, Vijay realizes that he has crossed the line and opens the door. He rushes to AJ and says that he made a mistake by doubting their love. The episode ends with AJ rushing Guddan out of the room.

In tonight’s episode, we saw Rawat inquiring about the cassette over a call and the conversation being overheard by Akshat Jindal. AJ walks in and asks Rawat since when he’s left his work at the CBI to take care of cassettes. Rawat answers by saying that killers these days have become very clever, hence it’s important to get to the root of everything to catch them. AJ notices that the diya in front of Antara’s picture isn’t lit and goes to light it but is stopped by Rawat who tells him (AJ) that he (Rawat) will start lighting the diya tomorrow onwards. Guddan enters the room and overhears their conversation. Rawat notices Guddan and tells AJ that she’s waiting for him. AJ leaves the room and Guddan stays back to talk to Rawat.

She tells him he’s making a mistake by thinking that AJ killed Antara but Rawat is adamant about his belief. He says he will expose AJ’s truth at Antara’s death anniversary. Rawat says that he won’t let AJ conduct the prayer but Guddan retaliates saying that she will not let him ruin it for AJ as it matters to him.

The next morning, Guddan gets busy with the preparations for the puja and AJ helps her out. Guddan then enters the kitchen to bring the food and is pleasantly surprised to see a lavish meal being prepared by Durga and the rest of the Jindal bahus. Durga insults Guddan by saying that she is not a part of the Jindal family and never will be. This conversation is overheard by Dadi. Guddan replies by saying that she may be considered as Antara’s replacement but for her, this is her first marriage and she considers the Jindal family as her own. Guddan’s kindness impresses Dadi.

Meanwhile, Rawat threatens his helper to hurry up in investigating the cassette. Just then, AJ walks in and Rawat lets go off the man.  AJ asks Rawat why he’s taking so much stress. Rawat says this case is very important to him, or else he will lose everything. AJ asks Rawat to relax and join the Puja. Guddan calls AJ and asks him to check up on the food in the kitchen. Rawat scares Guddan and says that there could be poison mixed in the water which AJ might use to wash his hands with.

A terrified Guddan rushes out to stop AJ from washing his hands but knocks over a dish. AJ loses his cool on Guddan and questions her behaviour. She answers saying that she thought that there was poison in the water. Rawat enters and puts up an act, saying that there’s no way Guddan’s fears could be true. The episode ends with Akshat asking Guddan to leave.

Will Guddan be able to prove her innocence? Will she seek revenge on Rawat? Watch this space for more updates!