In tonight's episode, Guddan wears the sari that AJ gifted her but AJ sees her wearing the wrong sari instead. 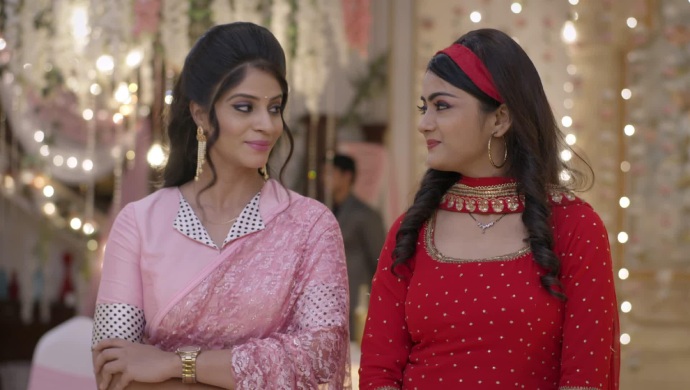 In tonight’s episode of Guddan Tumse Na Ho Payega, AJ apologises for falsely praising Guddan. Even Guddan apologises for her friends’ behaviour. AJ tries to tell Guddan that he loves him but fails. Guddan mentions that where there are fights, the relationship can’t be of love. Lakshmi convinces AJ to tell his feelings to Guddan. AJ sends Guddan a letter through Lakshmi where he tells Guddan that he loves her.

In tonight’s episode, Guddan reads AJ’s entire letter where he expresses his love for her. AJ also asks Guddan to wear the sari he picked for her if she loves him back. Guddan decides to wear the sari AJ gifted her. When the engagement ceremony is about to begin, AJ is nervously waiting for Guddan.

Guddan shows up wearing the sari Lakshmi gave her as a gift from AJ. However, when AJ sees Guddan he realizes she didn’t wear the sari that he gifted her. He understands that Guddan doesn’t love him back. When Lakshmi calls Guddan and AJ to hold hands, AJ leaves the engagement ceremony.

Guddan hears AJ’s refusal to marry her and is confused. She cries in her room wondering what she did wrong. She decides to question AJ himself. Guddan meets AJ near the pool and asks him why he wrote her a love letter and then refused to marry her.

AJ says he made a mistake telling him feelings. Guddan is hurt hearing that AJ thinks proposing to her was a mistake. Will this misunderstanding drive Guddan and AJ apart? Stay tuned to find out.