Tomorrow onwards, we will see Guddan and AJ beginning their Holi celebrations. But a man will start misbehaving with Guddan. Who is he? Find out! 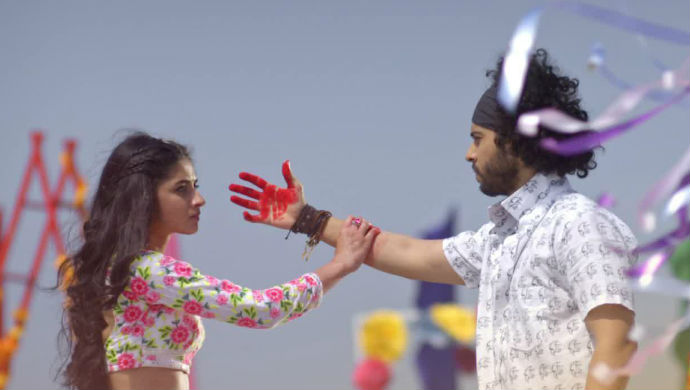 In tonight’s episode of Guddan Tumse Na Ho Payega, we saw Saraswati instigating Angad to act violent, so that she could seek her revenge against Guddan and AJ. Angad gets angry and chokes Saraswati and Durga. Later, they complain against him, saying that he got violent with them, is dangerous and shouldn’t be kept in the Jindal mansion. But Guddan stops Angad from being sent to a mental institution and declares that he will stay put at the Jindal house.

Watch the sneak peek of the upcoming episode here.

Meanwhile, Revati reads the letter sent to her by Parv, written in blood. She decides to confront him but is shocked when she sees blood on his hand. She panics further when Parv faints. The episode ends with Durga asking Guddan to change her decision but she stating that Angad’s health will improve only if he’s close to his family.

In the upcoming episode, we will see AJ and Guddan starting their Holi celebrations in Goa! But all won’t be hunky dory when Guddan will be troubled by Durga’s brother Rakesh aka Rocky, during the festivities. She will see him acting inappropriate with other women too, including Lakshmi.

How will Guddan handle the situation? Stay tuned for all the updates here!