In the next episode, Antara makes sure Guddan marries Harish, while AJ is lying unconscious in the car. 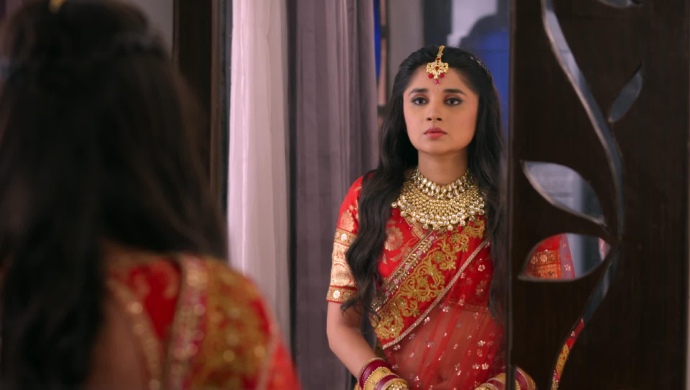 In tonight’s episode of Guddan Tumse Na Ho Payega, Guddan goes back to her house. This time she gives AJ her wedding invitation. AJ is furious with Guddan and leaves. Guddan’s father asks her why she is doing this, Antara tells him that she forced Guddan to do so. AJ burns Guddan’s invitation and shows up to the Jindal house to stop the wedding. He even strangles Guddan’s future husband, Harish. Guddan asks him to leave but AJ plans to return and stop the wedding. Antara hits AJ in the head and makes him unconscious so he can’t stop the wedding.

In the next episode, Guddan is sitting at the mandap where Antara asks the pandit to start the ceremonies. While Guddan is getting married AJ is knocked out and lying down in the car. Once Guddan’s wedding is complete, Guddan asks Antara that she fulfilled her end of the deal and now it is Antara’s turn. But, when Antara has to leave, she tells Guddan that she won’t let go of AJ just because she owns all his property. How will Guddan deal with this betrayal? Stay tuned to find out.