In the next episode, Antara decides to get rid of Guddan's child before it is born and poisons Guddan's food. 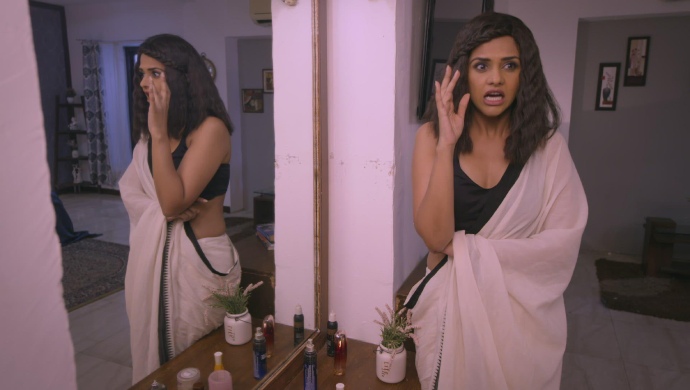 In tonight’s episode of Guddan Tumse Na Ho Payega, AJ gets a video from  Alisha saying her last wish is that Guddan and AJ lets Antara live in their house. Guddan decides to expose Alisha’s truth. However, AJ doesn’t believe Guddan at first. Before she can prove her point, Guddan falls unconscious. The doctor tells everyone that Guddan is pregnant. Durga is happy that she and Guddan are both pregnant at the same time. Antara says Guddan should focus on having a baby and forget about her. Guddan promises to send Antara to jail the next day itself.

In the next episode, Antara is standing in her room angry. She decides to get rid of Guddan’s baby before it is born. She gets help from a man who gives her poisoned raisins. He says that a few of these will kill a person. Antara puts the raisins in Guddan’s food which Daadi is preparing. Guddan finds out that Daadi made gaajar ka halwa for her and decides to eat it. Will Antara succeed in harming Guddan’s child? Stay tuned to find out.

Shabir Ahluwalia To Shraddha Arya: Zee TV Stars All Set To Bring In 2020 With…

From Road Tripping To Foreign Trips, Here’s How Your Favourite Stars…