In tonight's episode, Guddan tries to take revenge on Antara and tries to run her over with a car. 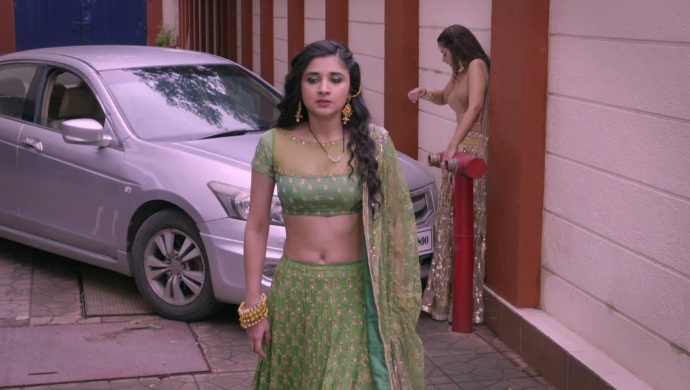 In the previous episode of Guddan Tumse Na Ho Payega, Saraswati feels bad about Antara’s plan for Guddan. Lakshmi is sent to spy of Saraswati by Guddan to find out what her plan is. Lakshmi finds out that Antara has messed around with Guddan’s blouse. Saraswati knocks Lakshmi unconscious to stop her from revealing the truth.

In tonight’s episode, AJ asks Guddan why she stopped him from confronting Antara. Guddan said it would put their entire plan in danger. AJ tells Guddan that protecting her self-respect is more important than having money and property. Guddan tells AJ that she will take revenge on Guddan herself and he doesn’t need to step in.

Durga tries to attack Saraswati for taking Antara’s side. Lakshmi stops Durga from beating Saraswati. Durga warns Saraswati that Guddan will first get revenge on Antara and then go for Saraswati. Later, Guddan is seen driving a car chasing Antara. When Antara is backed into a corner, Guddan turns the car towards Antara.

Guddan stops just before hitting Antara. She gets out of the car and warns Antara to never try and pull this stunt again. Antara gets angry and decides to take Tanwesh Honda’s support away from Guddan. She meets Tanwesh and offers AJ’s 100 crore property to join Tanwesh’s 1000 crore wealth in a partnerships.

AJ goes back to Guddan and tells her that Antara gave him all the property papers. AJ says that now he only needs to make Antara sign a partnership contract where he gets all his money back with her sign. Saraswati overhears this and locks them in. She decides to tell Antara about this. AJ breaks the door and Durga stops Saraswati.

Guddan tells Antara that she should not get into a Tanwesh. When she sees Guddan is against her deal, Antara becomes sure about making the deal with AJ. Meanwhile, Guddan has locked up Saraswati to stop her from revealing the truth. Will AJ and Guddan manage to take back the property? Stay tuned to find out.

Janmashtami 2019: A Look At Dahi Handi Celebrations On Gokulashtami In India