Guddan leaves AJ and his family, but she soon returns with a plan which surprises everyone. 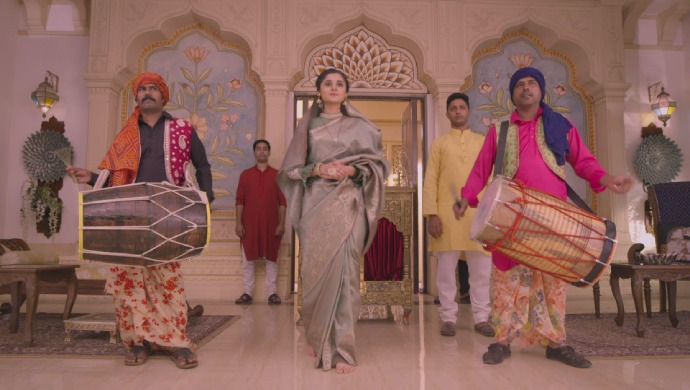 In tonight’s episode, Guddan says goodbye to Daadi and Lakshmi before leaving the house. They try to ask her to stay back but Guddan convinces them that it is for the best. Shanti Bua gives Guddan blessing for making the right decision and leaving the house. However, AJ stops Guddan by saying he will leave the house too if Guddan goes.

Guddan is sitting in the rickshaw while remembering AJ. She tells herself that she will return to the Jindal house soon. Saraswati asks Durga if she really thinks Guddan won’t return. She also asks Guddan if getting stuck in the fire was Durga’s plan or it actually happened. Durga tells Saraswati that it was not one of her plans and Guddan is guilty.

Guddan goes back to meet her mother’s house. Revathi and her mother are both surprised with how easily everyone blamed Guddan. However, Guddan simply asks for her mother’s blessings in dealing with this situation. She plans to return back to the house.

Later that evening AJ refuses to come down for the aarti because Guddan is not there. Shanti Bua demands him to come back. Just then Guddan enters the house and declares that she is going to stay. She explains that the friendly Saas Guddan Gupta has left. She has returned as Guddan Jindal, a strict and stern saas. Stay tuned to find out how well her plan works.