In the next episode, Guddan tries to tell AJ that she was never pregnant. AJ says Guddan doesn't belong in his family anymore. 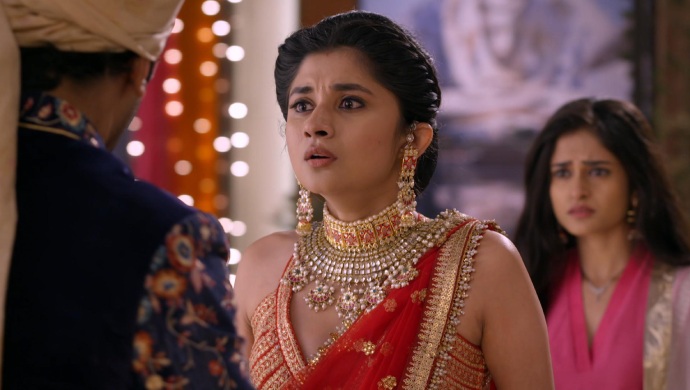 In tonight’s episode of Guddan Tumse Na Ho Payega, Guddan’s wedding is stopped when Antara walks down. AJ says he will not get married to Guddan. Durga walks in with evidence saying AJ should not marry Antara either. Durga plays the video from the pen drive but it turns out to be a random video about a prank. Antara smiles at Parv for exchanging the pen drives. AJ loses faith in Guddan and decides never to believe her again. Antara tells Guddan to leave the house because she will never get AJ’s respect. Guddan tries to kill Antara in her room.

In the next episode, Guddan tells AJ that she was not pregnant since the beginning, so she never had any abortion. AJ tells Guddan that she was a poor middle-class girl when he married her and he has made her a rich woman in power. He says that Guddan doesn’t deserve the position she has in the Jindal family. Guddan decides to leave AJ’s house to become more successful than AJ. Will Guddan keep her word? Find out tomorrow.

Sriti Jha On Her Kumkum Bhagya Co-star: Shabir Ahluwalia Has Never Gossiped About Anyone