In tonight's episode, Revathi tries to force Guddan to break her fast. Guddan makes herself unconscious to spoil Revathi's plan. 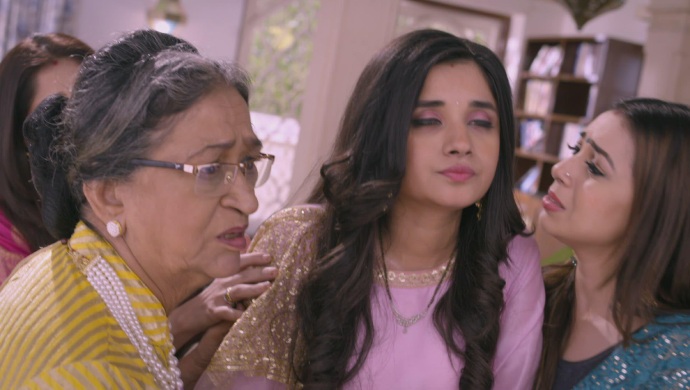 In the previous episode of Guddan Tumse Na Ho Payega, Guddan asks Alisha to serve her food in the restaurant. Guddan pretends she is celebrating but doesn’t eat any food because she is keeping a fast for Karwa Chauth. Guddan claims there is a hair in her food and complains to the chef, AJ. Alisha realises something is wrong. She tells Guddan to eat a cake without hair. When Guddan refuses Alisha understands Guddan is trying to get AJ back home. Revathi taunts Guddan for not getting AJ back, she decides to break Guddan’s fast before the moon rises.

In tonight’s episode, Revathi tells Guddan about her new plan. She claims that she will break Guddan’s fast before the moon rises or AJ comes back home. Guddan says no one can convince her to break her fast. Revathi takes out flour from parag grains which Guddan is allergic to. She blows it in Guddan’s face.

Daadi is shocked seeing Guddan coughing and choking. Darga and Saraswati see Guddan and bring water to give her. Revathi says Guddan needs to drink water or she will choke and have to go to the hospital. Gudan refuses to drink water and break her fast. Daadi asks her to stop being stubborn.

Guddan decides that if she is unconscious she won’t feel the allergy. She hits her head on a wall and goes unconscious. AJ feels something is wrong with Guddan. She takes out his phone to talk to her. Alisha sees this and takes away AJ’s phone. She makes him beg for this phone by going down on his knees.

AJ kneels and apologises to Alisha. Just then he gets a calls from Durga saying Guddan has become unconscious. AJ decides to meet Guddan, but Revathi threatens to kill herself if he goes back to Guddan. AJ hugs Alisha and says he won’t go anywhere. When Guddan wakes up she herself goes to the restaurant to see if AJ and Alisha are fine.

AJ tries to feed Guddan but she refuses to eat or drink anything till she sees the moon. Alisha shows up and insults AJ and Guddan again. Guddan leaves AJ saying she will wait for him and Alisha at home. Will Alisha give up and let AJ live with Guddan? Stay tuned to find out.