In the next episode, Guddan leaves AJ's house and returns to Indore 4 years later as a successful actress where she finds AJ. 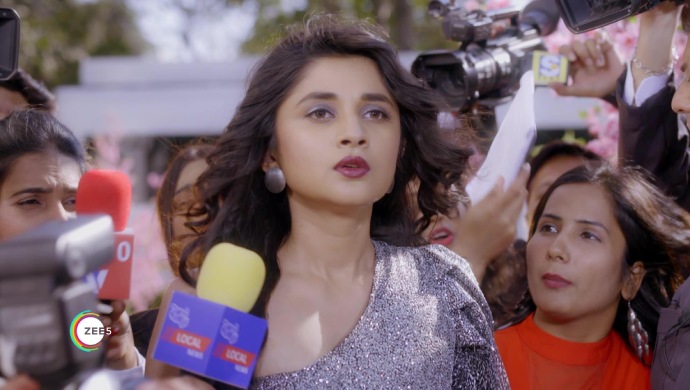 In tonight’s episode of Guddan Tumse Na Ho Payega, Guddan tries to kill Antara, when AJ breaks in and stops her. He refuses to believe Guddan as she reveals that she was never pregnant, neither did she have any abortion done. It was all conspired by Antara to break their relationship. AJ grabs Antara’s hand and walks towards the mandap to marry her.

Guddan stops them, but gets insulted by AJ in front of the entire family. AJ says that Guddan doesn’t deserve to live in a rich and respectable family. In tears, Guddan promises that she will go away from their lives and make a name of her own, even bigger than ‘Jindal’. She remembers the days when AJ loved her, but with a heavy heart she steps out of the house to come back one day.

In the next episode, as Guddan had promised, she becomes a famous actress after 4 years. Whereas, AJ is messed up. He locks eyes with a new Guddan, being surrounded by media professionals and photographers. In the huddle, AJ falls over on Guddan. Will AJ recognize her? Will Guddan gain back her lost love? Find out in the upcoming episodes.

To find out, watch all the episodes of Guddan Tumse Na Ho Payega, now streaming on ZEE5.