In tonight's episode, Guddan manages to get AJ back to the Jindal Bhavan and break her karwa chauth ka vrat. But she makes a deal with Alisha 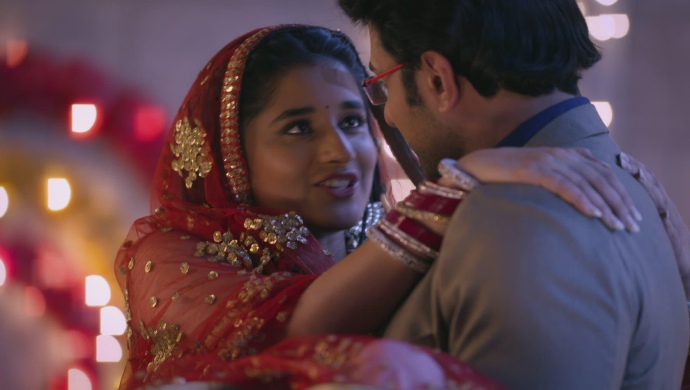 In the previous episode of Guddan Tumse Na Ho Payega, Revathi decides to break AJ’s fast before the moon even rises. She knows what Guddan is allergic too and causes her to get an allergy attack. Guddan has to drink water but instead of curing herself, Guddan knocks herself unconscious. AJ wants to meet Guddan but ALisha threatens to kill herself if he leaves. Guddan tells Alisha that she will bring back AJ to the Jindal house herself.

In tonight’s episode, Revathi and Saraswati are worried because Guddan is confidently getting ready knowing that AJ will be there. They are sure that Alisha will not fall for Guddan’s melodrama. When they go to the terrace and see the moon rising Durga, Lakshmi and Saraswati break their fast.

Revathi taunts Guddan because AJ didn’t show up. Revathi laughs when the moon gets covered by clouds, but just then AJ shows up as well. He breaks Guddan’s fast and then carries her off in front of Revathi and Saraswati. They go downstairs and find Alisha having a puja in the house.

When everyone in the family gathers, the puja also is complete. Alisha shows everyone with the new nameplate for the Jindal Bhavan as Antara Bhavan. Alisha goes and breaks the Jindal Bhavan sign. She puts her the sign of Antara Jindal. She praises Guddan for making a deal to get AJ back and give Antara the respect she deserves.

Revathi insults Guddan for letting Alisha put Antara’s name on the house. Guddan says the nameplate doesn’t matter as long as the family is together. Revathi tells Alisha that she let AJ and Guddan win. Alisha says this is just the beginning and she has a plan for Dhanteras.

On the day of Dhanteras, Daadi gets a pot made of gold with every family member of the Jindal’s on it. Alisha takes it and sees Guddan’s name next to AJ’s. She puts Antara’s name there and aays she will remove Guddan’s next. Will AJ stop Alisha’s drama? Stay tuned to find out.

Diwali Dhamaka: 10 Films Released In 2019 That You Can Now Binge-Watch On ZEE5