AJ and Guddan fall in love as a new couple, starting from friendship. 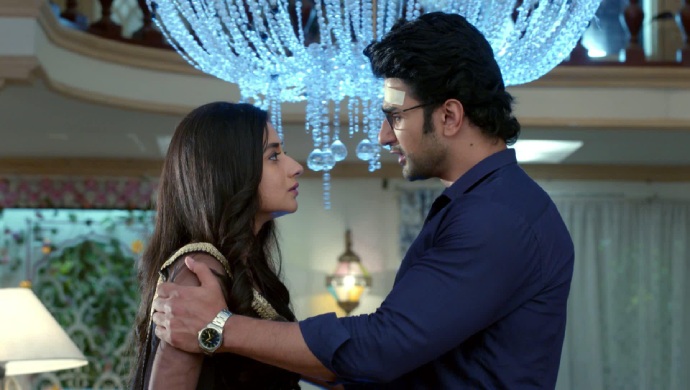 In tonight’s episode of Guddan Tumse Na Ho Payega, AJ renews his marriage vows to Guddan. He also asks Angad to reveal the real mastermind. Angad puts the blame on Saraswati instead of Durga. He is convinced by Durga that Saraswati is controlling everything in the house. Dadi tells Saraswati to leave house forever. Angad also decides to admit himself to the mental rehab centre. Guddan manages to stop Angad and Saraswati from leaving after seeing them ask for forgiveness.

Catch a sneak-peek of the next episode here:

In the upcoming episode, AJ is lying down in bed while Guddan shows up with his breakfast on a tray. She tells AJ that in their relationship the family always came first and they didn’t get a chance to fall in love. AJ agrees with her.

He tells her that to fall in love they first have to become best friends. Guddan and AJ shake hands to become friends. Will this be the first step of their new love story? Stay tuned to find out.