In tonight's episode, AJ asks Guddan to sign the new property papers and return her share of the property back to him. 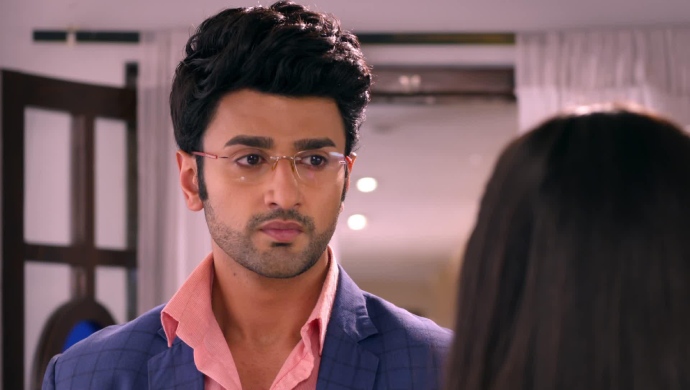 In the previous episode of Guddan Tumse Na Ho Payega, Antara plants a snake in Saraswati’s cabinet to expose Saraswati, Durga and Lakshmi. When they open the cabinet the snake leaves but AJ finds all the lost family jewels and money in the drawer. AJ gets angry and asks all the bahus to leave their house. Guddan stops the bahus from leaving the house. She tells AJ that she owns 51% possession of the house and her decision should be final.

In tonight’s episode, Daadi is upset with Guddan and leaves her side. Guddan sees Antara is shocked to find out who owns more of the property. Guddan warns Antara to stay in her limits or she will take away the 51% of the property she owns. Antara goes in her room and stabs a pillow in anger.

Durga and Saraswati feel lucky that Guddan saved her life and now owns more of the property. Saraswati takes Durga to apologise to Guddan and leave Antara. Guddan writes a cheque of 20 lakhs and says that this is for their forgiveness. She insults them for stealing money from the house.

Guddan tells them that she didn’t keep them in the house because she likes them. She wants to remove Antara from the house. Guddan says that with these cheques, she will end all relationships with Saraswati and Durga because they supported Antara. Sarawati is happy after getting the cheque.

Guddan is removing Antara’s things from the cupboard. Antara notices this and argues with Guddan. AJ notices this, asks Guddan to sign the new property paper. Guddan refuses to do so. She says earlier he never asked her before doing anything, and now as the house-owner she won’t. Will AJ be able to take back his power from Guddan? Stay tuned to find out.

5 Scenes From Uri: The Surgical Strike That Will Make You Swell With Pride