In the next episode, Antara is speechless in front of Guddan after losing to her and finding out she owns 51% of the property. 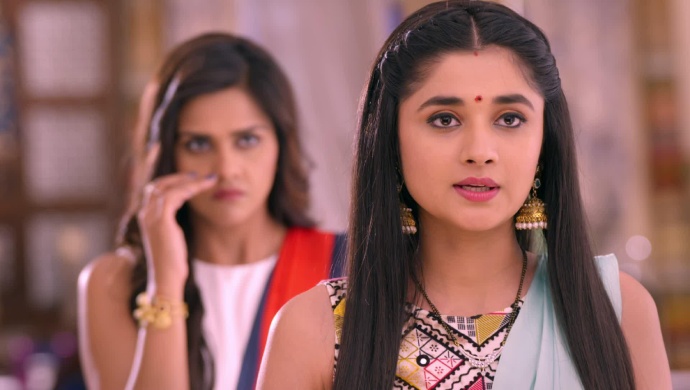 In tonight’s episode of Guddan Tumse Na Ho Payega, Antara plants a snake in Saraswati’s cabinet. Along with the snake she reveals all the money and jewelry Saraswati had stolen from the Jindal family. AJ gets angry at Durga and Lakshmi when he finds that they were aware of the robbery and did nothing about it. He decides to throw them out of the house. Guddan shows up and says she is the 51% owner of the property so her decision should be final. She asks the bahus to stay in the Jindal Bhavan.

In the next episode, Guddan reminds Antara that her role as the head of the family was to keep the family together. Instead, Antara tried to break the entire family by sending all the bahus away and failed. Guddan is happy that now Antara looks stressed after losing to her. She snaps her fingers at Antara and tells her start counting down the days to her being thrown out of the house. Will Guddan succeed in her mission? Stay tuned to find out.