In the next episode, Guddan is back in Indore and destiny is conspiring to make her and AJ face each other after four years of separation. 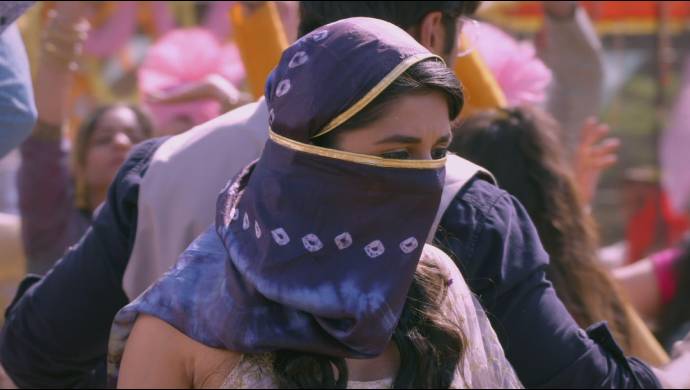 In tonight’s episode of Guddan Tumse Na Payega, media covers Guddan’s debut film and questions her about experiencing love, reminding her of AJ. On the contrary, AJ has lost his trust over love and resorted to alcoholism in the grief of his aborted child. In oscillation, both Guddan and AJ express their broken-heartedness in varying views. She announces Guddan Se Ho Paaya, in her media interview.

Meanwhile, Daadi prays for Guddan’s return. Elsewhere, Guddan learns that she has to go back to Indore, which unsettles her and she refuses to do so. She struggles with her decision, but her manager, who is also her sister Chutki, convinces her. Guddan wants to prove that AJ and Jindal Bhavan are long forgotten. And Daadi, not letting her lamp extinguish, regains hope for Guddan’s return into AJ’s life. But both still drown in hurtful memories of each other.

In the next episode, while Lord Krishna answers Daadi’s prayers, Guddan comes back to Indore and is very close to face AJ, in a dance procession with a veil covering her face. Both sense each other’s presence. What will happen when these long-lost lovers find each other again? What is destiny’s plan?

Valentine's Day 2020: 20 Songs That Remind You Of Love, Heartbreak And The Pain Of Parting