In tonight's episode, Saraswati decides to join Antara and defeat Guddan in exchange for a share in the property later. 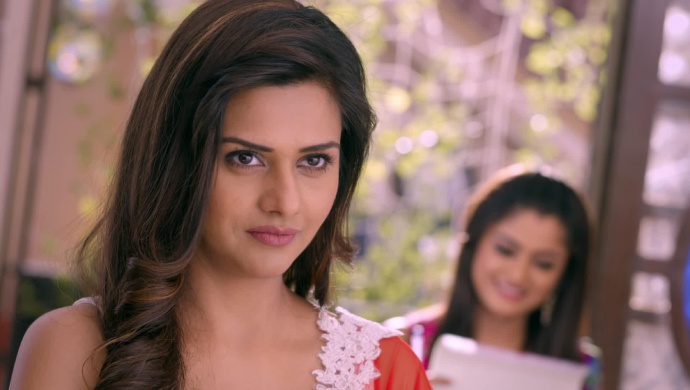 In the previous episode of Guddan Tumse Na Ho Payega, Guddan burns AJ’s papers and refuses to sign them. Guddan says she won’t hand over the property control. AJ tells Antara to not interfere between him and Guddan. Durga tells Antara she will support Guddan to become the saas of the house. When the pandit shows up to decide Antara and AJ’s wedding date, Guddan gives AJ only 50 thousand for the entire wedding. Guddan says she spent the rest of the 50 lakhs in the house on a ring to replace her engagement ring.

In tonight’s episode, Antara is being fed food at the breakfast table. Guddan shows up with the long grocery billl. She tells Antara that she can continue eating the food once she has paid for it. AJ stops Guddan and tries to pacify her saying he will pay for Antara’s food and rent in the Jindal house.

Guddan refuses to let AJ pay for Antara since he is giving her money which she already owns. She asks Antara to return the family jewels she is wearing on her neck. Antara calls Guddan greedy and hands over the jewelry she is wearing. AJ tries to stop Guddan but she says this is all happening because how he behaved with her.

Guddan puts the jewelry back in the safe. Lakshmi shows up and tells Guddan that it must be hard behaving this way. Guddan tells Lakshmi that she won’t have to act for long. She says that she will bring the real pregnancy reports. Saraswati hears this and goes to meet Antara.

Saraswati tells Antara that Guddan is out to prove the truth. Saraswati gives Antara a document that says when Antara gets the property in her name she will give Saraswati 40%. Antara signs the papers and brings Saraswati on her side. However, Antara doesn’t plan on sharing the property with Saraswati later.

Guddan sees AJ cut his finger in the kitchen while cooking. She treats his wounds. AJ asks Guddan to punish him not Antara and her kid. Guddan promises to prove to AJ that Antara is not pregnant. She gets a call from the doctor she asked to do the pregnancy test. She finds out it’s ready and goes to collect it. Will Antara manage to prove Guddan wrong again? Stay tuned to find out.