In tonight's episode of Guddan Tumse Na Ho Payega, Antara wants to return to her room with AJ, while Guddan tries to stop her from doing so. 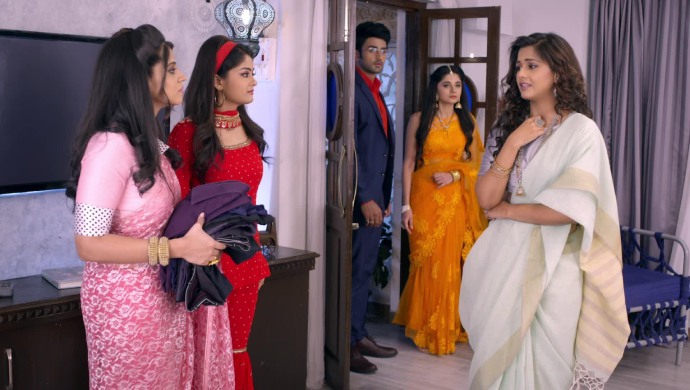 In tonight’s episode, AJ consoles Guddan after she sees Antara lying down in AJ’s lap. He promises Guddan that he loves her for thinking about Antara’s health. Guddan’s father hears Guddan’s trust in AJ and confronts AJ. He asks AJ to commit his future to Guddan or he will not be in the Jindal Bhavan.

AJ asks for more time to tell Antara that he is in love with Guddan and is also married to her. Saraswati taunts Lakshmi for Guddan being treated as an outsider. Durga tells Saraswati that Guddan removed herself from AJ’s life by lying. AJ meanwhile tells Daadi that he will make sure Guddan is his wife but doesn’t know how to tell Antara.

Antara scolds Guddan for stopping her from going around her own house. When Antara reaches the room she finds her own picture hanging on the wall. Durga had already replaced Guddan’s photo. AJ also reaches his room and Durga asks everyone to leave giving AJ and Antara alone time.

Durga taunts Guddan before sleeping asking her to take up any other bed in the house. Guddan is nervous about AJ being in the same bed as Antara. AJ tries to avoid Antara when she is about to kiss him. She asks him to put her to sleep like he used to before. Will AJ give in to Antara’s demands? Stay tuned to find out.