In the next episode, Guddan shows the entire Jindal family Antara's pregnancy reports which prove she is lying. 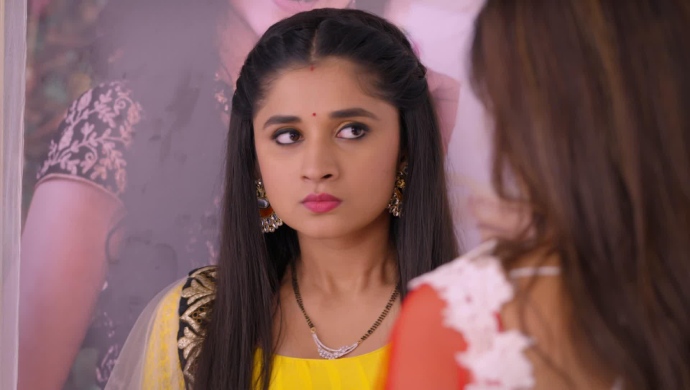 In tonight’s episode of Guddan Tumse Na Ho Payega, Guddan shows up with a grocery bill while Antara eats breakfast. She asks Antara to pay money for the food she eats. AJ tries to stops Guddan but she refuses to take his money. Guddan takes the family jewelry that Antara is wearing. Saraswati decides to join Antara after find out she is faking the pregnancy. Guddan gets a call from the doctor saying the pregnancy reports are ready.

In the next episode, Guddan collects the pregnancy reports and returns to the Jindal Bhavan. She plans to show AJ and the family Antara’s truth. Guddan hands Daadi the reports which prove Antara is not pregnant. Guddan says Antara also faked falling down the stairs just like she faked a pregnancy. AJ is tending to Antara’s wounds and gets angry hearing this. Will AJ get angry at Antara or Guddan? Stay tuned to find out.