In the next episode, Antara asks AJ to put a mangalsutra around her neck in front of Guddan and the rest of the family. 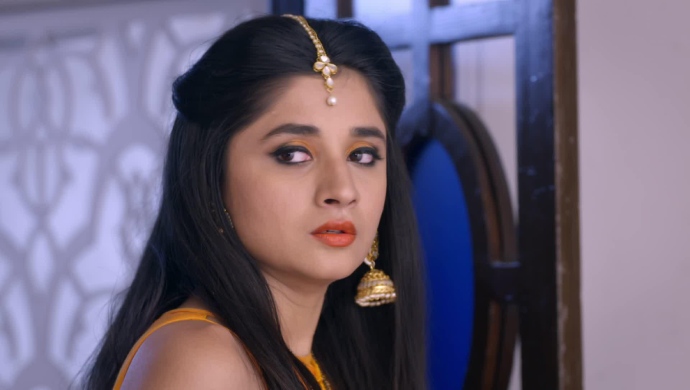 In tonight’s episode of Guddan Tumse Na Ho Payega, AJ promises Guddan and her father that he loves Guddan. He also asks for some more time to tell Antara the truth. Antara wants to return to her room with AJ. Guddan tries to stop Antara so that she won’t see Guddan’s picture hanging there. However, Durga has already replaced the photos. She asks AJ and Antara to spend some alone time in their room. When Antara tries to get romantic with AJ he backs away from her.