Akshat is in danger. Will Guddan be able to protect him? 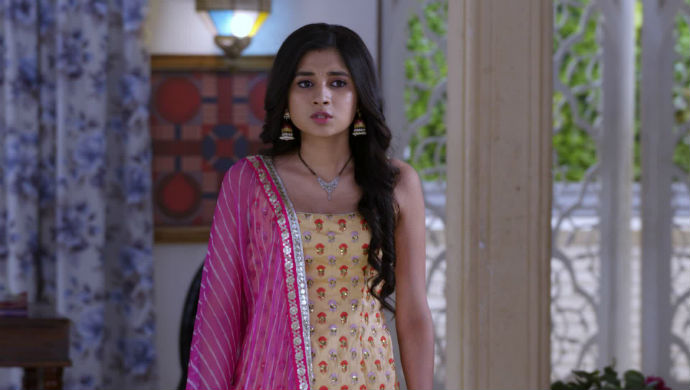 In  tonight’s episode of Guddan Tumse Na Ho Payega, we saw Guddan and AJ missing each other, in their time apart. Later, AJ asks Parv if he can be let out to have some clean drinking water. Parv obliges and lets him out. He leaves AJ at the desk to tend to some urgent work and when he’s away, AJ sees a phone call from Revati on Parv’s phone. He attends the call and hears a furious Revati on the other line, telling Parv to keep away from her and stop bothering her. Meanwhile, Guddan learns that Durga is preparing to throw Rawat out of the house and rushes to stop her.

She stops Durga and tells him that Rawat can’t be evicted as AJ is against it. She overhears Parv asking his officers to beat up a jailer and suspects that he is referring to AJ. She confronts him and the episode ends with Parv showing her marks on his back and claiming that AJ had beaten him up.

In the upcoming episode, we will see Guddan rushing to the prison where AJ is kept, in order to protect him from getting beaten up. While on her way, her scooter will collide with a car, whose owner will turn out to be Antara’s mimic! Will Guddan recognize the girl’s voice?

And will she succeed in reaching jail on time and protecting AJ from getting hurt? Keep watching this space for more updates!

Catch all the episodes of Guddan Tumse Na Ho Payega exclusively on ZEE5.