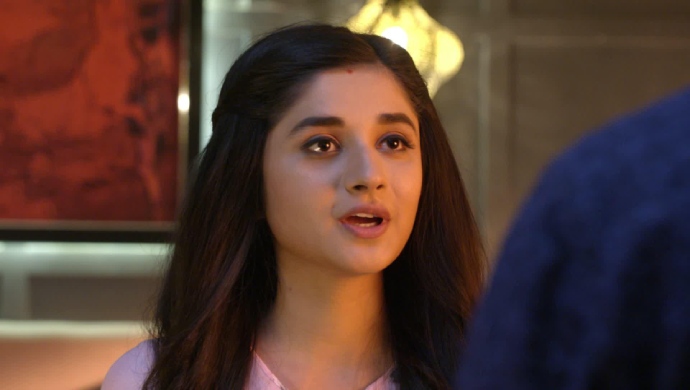 In the previous episode of Guddan Tumse Na Ho Payega, Rocky tries to force himself on Guddan but AJ comes to her rescue and protects Guddan. When Rocky taunts AJ about his marriage to Guddan, AJ decides to re-marry her in Goa itself. However, Guddan doesn’t let him put the mangalsutra around her neck unless he is doing it out of love for her.

In tonight’s episode, we see AJ discussing with his mother the way he feels about Guddan’s decision. He says that he now has even more respect for Guddan because she didn’t take the easy way out and stood up for her self-respect and truth. However, he still doesn’t feel love for her.

Durga on the other hand has replaced Angad’s medication with regular pills making his mental illness take over him again. She tries convincing him to put the mangalsutra around Guddan’s neck because he will be a better husband to her than AJ.

AJ’s mother and Lakshmi bahu team up to make AJ realize his love for Guddan and put the mangalsutra around her neck. Seeing Lakhsmi bahu support AJ’s mother Saraswati bahu decides to team up with Durga and use Angad to divide Guddan and AJ.

Guddan meanwhile bakes a cake for AJ to thank him for helping her. She hasn’t added sugar in it but AJ says the cake tastes good. Guddan asks him not to lie just to make her happy but to tell her the truth because he loves her.

Will Guddan’s mistake help Durga succeed in her plan? Or will Daadi and Lakshmi complete their mission of bringing Guddan and AJ together? Stay tuned for further updates.