In tonight's episode of Guddan Tumse Na Ho Payega, AJ and Guddan look for a family member who has a burqa and they find Angad wearing one. 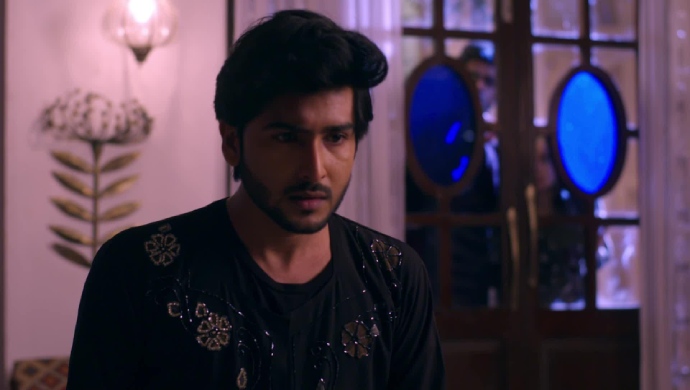 In the previous episode of Guddan Tumse Na Ho Payega, AJ and Guddan find a clue from a burnt sari which they had also seen in the video footage. The tag on this sari leads them to a local tailor. The tailor tells them that the sari was delivered to someone in the Jindal house itself. When he reaches home to find out the real attacker, he finds out Shanti Bua’s husband is dead. Guddan supports Shanti Bua in the tough time at the funeral. Seeing this, Shanti Bua is happy with Guddan when her husband also comes back unhurt and alive.

In tonight’s episode, Shanti Bua is about to leave with her husband. She tells the entire family that Guddan was right. She says a saas-bahu should be friends and not strict, thus accepting defeat to Guddan. She also tells AJ that Guddan is the right saas for the Jindal House, she could never try to hurt her bahu, Durga.

Revathi and her mother also leave the Jindal House after giving Shanti Bua a farewell. Parv sees Angad talking to Revathi and getting angry. Angad calls up Revathi as soon as she leaves to talk to her. Parv covers Angad’s eyes from behind and beats him up. Revathi hears Angad screaming and gets worried.

AJ sees Guddan crying because she misses having Shanti Bua around. He consoles her but says he needs to question the entire family. Guddan says that they should find the person who has a burqa, since the person wore a burqa while ordering for the sari from the tailor. AJ likes Guddan’s idea and decides to check the entire family.

AJ and Guddan go around at night looking for a burqa in all the bahus’ cupboards. AJ and Guddan however don’t find the burqa in anyone’s cupboard. Meanwhile, Angad is in Parv’s house wearing a burqa where Prav is sleeping. He ties up Parv’s hands and shuts his mouth before hitting him with a stick.

When Angad returns home in the burqa, AJ and Guddan notice him. They begin doubting Angad as being the person who attacked Durga. How will AJ deal with this suspricion? Stay tuned to find out.