In the next episode, Antara locks Alisha in a room and slaps her saying that she is not Alisha's real mother. 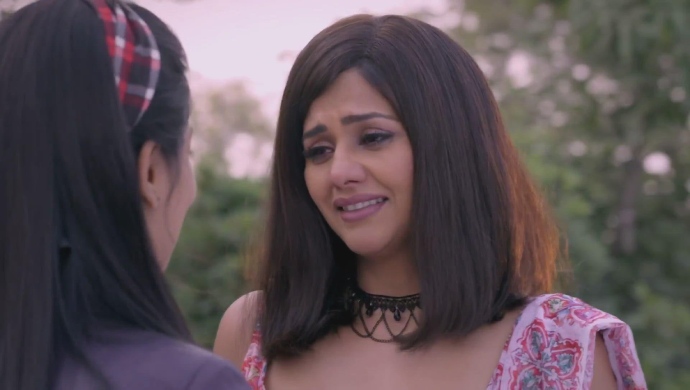 In tonight’s episode of Guddan Tumse Na Ho Payega, Antara says she is not going to attack Guddan. She says if she wanted to hurt Guddan, she could have let Vikrant kill her. Antara says she only wanted justice for Alisha who was tortured by Vikrant. The police come to arrest Antara, but Guddan stops them saying Antara shot Vikrant to save her. Alisha begs AJ and Guddan to let Antara stay with them.

Seeing Alisha cry, Guddan decides to let Antara live in the house for two days. Antara goes home and tells Revathi that she killed Angad and not Guddan. However, Revathi refuses to forgive Antara or Guddan. Antara says Revathi was the one who tricked Guddan into killing Antara. Guddan asks Antara to not talk to anyone else in the house instead spend the two days with Alisha and then leave.

In the next episode, Antara slaps Alisha and says she is not Alisha’s real mother. She says that she didn’t carry Alisha in her womb for 9 months either. Antara says everyone else is right, she can never change. Antara tells Alisha that she will break Guddan and AJ’s wedding and forces Alisha to help her. Will Alisha agree to help Antara? Stay tuned to find out.

Kumkum Bhagya: Who Do You Think Ranbir Is In Love With - Rhea Or Prachi?