In tonight's episode, Guddan tries to remove AJ from the freezer again but ends up hiding in it when she hears Antara nearby. 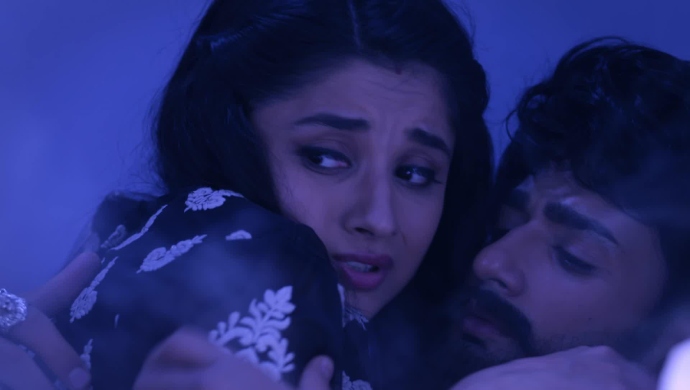 In the previous episode of Guddan Tumse Na Ho Payega, Guddan finds Antara stabbing AJ. She goes to help him when Antara leaves the room. AJ wakes up and tells Guddan that he is only pretending to be dead. Guddan goes back into hiding and watches Antara lock AJ’s body in the ice box. Guddan then breaks the lock and takes AJ out while Antara goes to get the property papers. Guddan tells Daadi and the rest of the family about Antara’s crime.

In tonight’s episode, Antara reaches AJ’s room and finds the property papers that she had signed. She decides to take back her property. Guddan and AJ tell Daadi that Antara will find the fake papers and the original one is with Guddan. However, Guddan says there is another problem since the ice box is locked.

Antara expects Tanwesh in the ice box. Angad brings the locksmith to open the ice box so he can enter back in it. However the locksmith says that it cannot be opened. Meanwhile, Antara returns home and bumps into Saraswati. She goes to the ice box in the storage room and finds AJ there.

Antara locks the door after taunting Tanwesh’s dead body for tricking her earlier. Guddan returns and opens the freezer. Saraswati congratulates Guddan for replacing the ice-box with an identical one. Guddan thanks Saraswati for placing the keys in Antara’s bag.

Later that night Antara tries to get romantic in bed with AJ. She asks him to sleep in the same bed. AJ makes a video call to Guddan who gets jealous. However, AJ stops when Antara tries to kiss him. When he goes to sleep Antara hears strange noises outside. She goes out and finds Tanwesh’s body there.

Antara runs back to the ice box to make sure Tanwesh’s body is still there. She is relieved to find it there. Guddan opens the lock to remove AJ but Antara returns. Guddan gets scared and hides in the box with AJ. Antara thinks she forgot to lock the box and locks it again. Will AJ and Guddan manage to leave the box? Stay tuned to find out.