In the next episode, Durga consoles Guddan and helps her come up with a plan to win back AJ and prove Antara wrong. 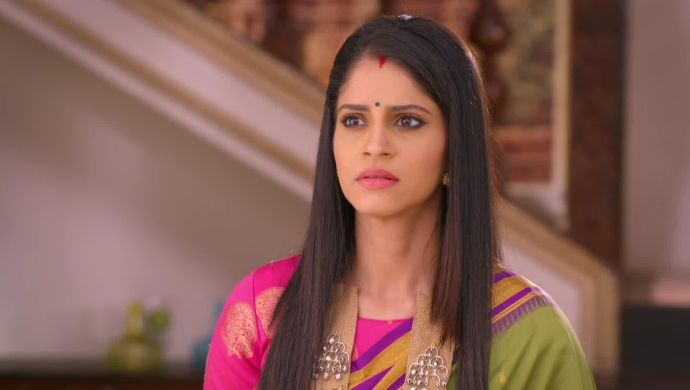 In tonight’s episode of Guddan Tumse Na Ho Payega, Guddan gets Antara’s pregnancy reports. Antara tries to get the results from Guddan’s hand. She pretends that Guddan pushed her down the stairs and gets seriously injured. Antara also switches the pregnancy reports proving she is actually pregnant. Antara then pays the doctor to tell the Jindal family that Antara’s kid is dead. AJ gets upset and he hands over all his money and property to Antara. He decides to leave the house with Antara and Daadi.

Catch a sneak-peek of next week’s action here.

Next week, Durga tells Guddan that she is the only one who can save AJ from believing Antara. Guddan cries and tells Durga that once AJ has made up his mind no one can change it. Durga encourages Guddan by saying she can do it. Durga proceeds to tell Guddan a plan to change AJ’s mind. What plan to AJ and Guddan come up with? Stay tuned to find out.

Kumkum Bhagya 26 July 2019 Episode Written Update: Ranbir Is Out Of Jail Thanks To Pragya