AJ tries to escape from the mental hospital but Rocky shows up and gives him an electric shock. 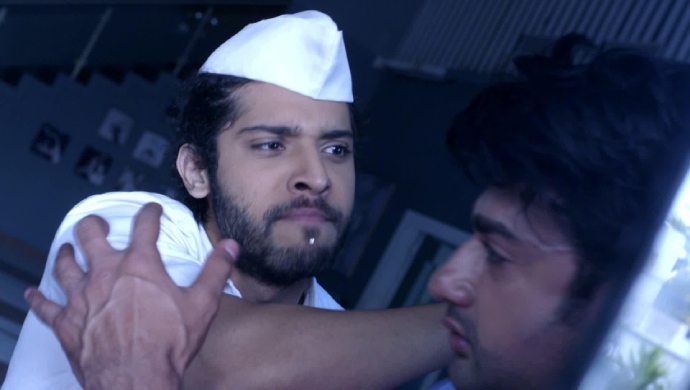 In the previous episode of Guddan Tumse Na Ho Payega, Angad blackmails Guddan to marry him. Angad threatens to kill AJ, who he has already kidnapped, if Guddan doesn’t marry him. Guddan agrees to marry Angad to save AJ’s life. However, the rest of the family questions her decision.

In tonight’s episode, AJ wakes up and finds himself tied up in what looks like a hospital room. After a lot of struggle he manages to break-free and puts on the hospital robe. When Parv hears about Guddan agreeing to marry Angad, he goes back to Revathi.

He tells her to learn something from Guddan. Just like Guddan agreed to marry Angad so that she remains in a family with money, Revathi should be with Parv since he is rich too. Revathi lashes out at Parv and tells him that she will never be his. But she also wonders what made Guddan make such a decision.

Durga and Saraswati begin to fill Daadi’s ears about Guddan marrying Angad for money. Angad hears them and asks them to not speak that way about his future wife. Later on while discussing his plans with Durga, Angad is scared that AJ will escape from the mental hospital they put him in.

Durga tells him that her brother Rocky will make sure AJ remains in the mental hospital and never escape. Meanwhile, AJ who figures out that he is in a mental hospital tries to escape by running away. Rocky comes up behind him and gives him an electric shock using a stun gun.

Lakshmi tries to change Guddan’s mind about marrying Angad. Guddan then tells her that she will come up with a plan to put off the wedding till later. At the mandap, she asks the pandit to explain every mantra for the wedding. By the time Angad goes to put the mangalsutra on her the muharat is gone.

Now Angad can’t get married to Guddan for the next nine days. Will AJ escape in time to save Guddan from this marriage? Stay tuned to find out.