In tonight's episode, AJ and Guddan plan to catch Parv trying to kill his wife, but Parv finds out about it. 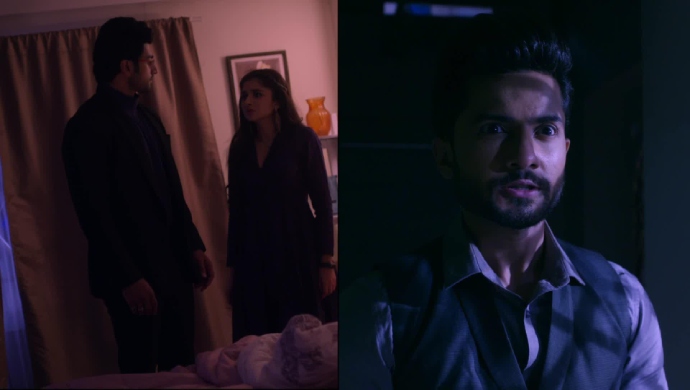 In the previous episode of Guddan Tumse Na Ho Payega, AJ explains how Guddan found out that Parv was the culprit. Guddan then says that they need to catch Parv red-handed to prove that he is committing these crimes. She uses Revathi’s help by asking her to talk to Parv and find out his plan. They find out that Parv is planning to kill his wife’s brother, Kunal, if she doesn’t give him a divorce. Guddan and and AJ promise to save Kunal’s life.

In tonight’s episode, AJ is angry and upset because no one has been able to rescue Kunal yet. Guddan offers to give him a massage to calm him down. Guddan tells AJ to not take any decision in anger. While Guddan is giving AJ a massage, he gets a call saying that Kunal has been rescued.

While Guddan and AJ are preparing their next move, Parv is trying to make his wife Siddhi sign the divorce papers. Guddan gives Siddhi a signal that her brother, Kunal, is safe. Siddhi stands up to Parv and tells him that she won’t give him a divorce so he won’t ruin anymore lives.

Revathi taunts Parv for not getting the divorce papers signed. Parv promises to get Siddhi out of the way. AJ and Guddan realize that Parv will try to kill Siddhi. They lay a trap for Parv where Guddan will take Siddhi’s place on the bed while Parv tries to attack her. AJ is worried about Guddan but confident about stopping Parv before he harms her.

Parv walks up the stairs while Revathi and Angad are watching him through the CCTV cameras at home. AJ is hiding behind the curtain while Guddan is on the bed hiding under the bedsheet. Parv enters the room and raises the knife to attack Guddan. However he cuts a lime and sprinkles the juice to ward off the evil eye on his wife.

AJ and Guddan are surprised when Parv leaves. They realise Parv found out about the plan. Saraswati finds Parv and reveals that she told him about the plan. Parv tells her that he will teach AJ and Guddan a lesson for planning against him. Stay tuned to find out what is Parv’s plan and will he be successful at it.