Angad allows Guddan to speak to AJ, in exchange for doing a Durga Puja with her. 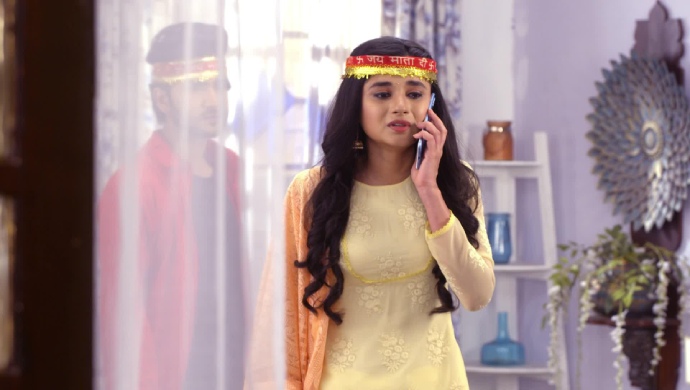 In the previous episode of Guddan Tumse Na Ho Payega, When AJ tries to escape from the rehab, Rocky shows up and gives him electric shocks. This is all part of Durga and Angad’s plan to keep AJ and Guddan separate till Angad’s marriage isn’t complete. However, on the day of the marriage Guddan finds ways to waste time.  That way the muharat passes and the marriage has to be postponed.

In tonight’s episode, Guddan explains to Angad that since the muharat has passed they can’t get married for the next nine days at least. It’s the 9 days of Durga Puja and that’s not a good time to get married. Daadi walks in with a statue of Durga and signals the end of the wedding.

Meanwhile, at the rehab facility, AJ is tied down to a chair by Rocky and is given electric shocks. Rocky explains that Angad is the mastermind behind his kidnapping. He also tells AJ that Angad plans to marry Guddan. He taunts AJ for not being able to stop Angad.

In a fit of rage, AJ breaks the ropes holding him to the chair and runs toward the exit. Fighting off the men meant to guard him, he runs ahead. However, Rocky creeps up on him again and gives him another electric shock. This time the shock leaves AJ unconscious. Just then Durga calls Rocky and tells him how Guddan delayed the wedding. She also tells him to keep AJ in the rehab center for 9 more days.

Guddan is part of the Durga Puja, which the family has without Angad. When Angad shows up, everyone has done the puja and left. Angad demands that Guddan join him for the Durga Puja, like she used to with AJ. Guddan agrees to do that only if she gets to speak to AJ.

Angad agrees to let her speak to AJ and calls up Rocky. AJ tells Guddan that he is at the rehab centre with Rocky. Just then, Angad cuts the call and asks Guddan to care for him like she does for AJ. Will Guddan be able to bring back AJ in nine days? Stay tuned to find out.