In tonight's episode, AJ accepts his punishment and decides to get married to Antara while he still loves Guddan. 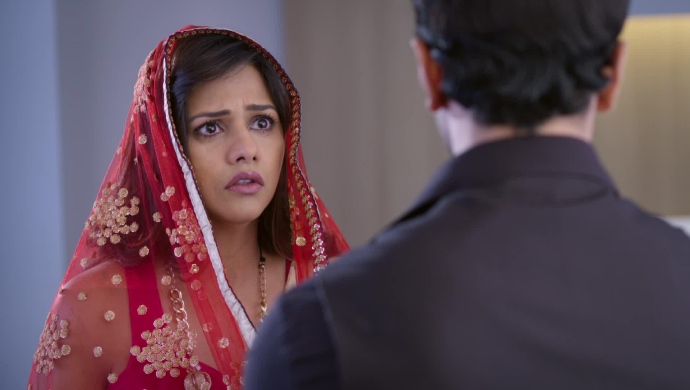 In the previous episode of Guddan Tumse Na Ho Payega, Daadi fixes AJ and Antara’s marriage in 15 days. AJ and Guddan try to make her change her decision. Daadi promises to kill herself if AJ doesn’t marry Antara. Guddan confronts Antara, saying that she planned to ruin AJ’s wedding night. Antara reveals that she drugged AJ and Guddan. She also says that she never died, she ran away from the house and returned to get AJ’s wealth.

In tonight’s episode, Antara tells Guddan to do whatever she can to be with AJ. Daadi tells AJ that he has to marry Antara or else she takes AJ’s hands and chokes herself. Guddan stops Daadi and tries to tell her that AJ did nothing wrong. She is about to reveal Antara’s plan to the family.

Guddan tries explaining the truth to him. But AJ thinks Guddan is just being nice to him when she says she trusts him. AJ refuses to listen to Guddan’s explanation and returns to the hospital. Antara wakes up but again threatens to hurt herself. She makes Guddan say that she doesn’t blame Antara for everything that went wrong.

AJ enters the hospital room with a wedding ghungat. He puts it on Antara and says he will marry her as a punishment. Guddan tries to stop AJ from doing so. AJ refuses to listen to Guddan since he hates himself for sleeping with Antara.

Later, Guddan enters her bedroom to find Antara is decorating it for AJ to enter. Guddan puts her photo back up on the wall. She tells Antara that she will sleep in the room with AJ since Antara is not yet married to him. Will Guddan manage to expose Antara’s plan all by herself? Stay tuned to find out.