In the next episode, Durga tells AJ that Guddan has always been right about Antara and asks him to finally see the whole truth. 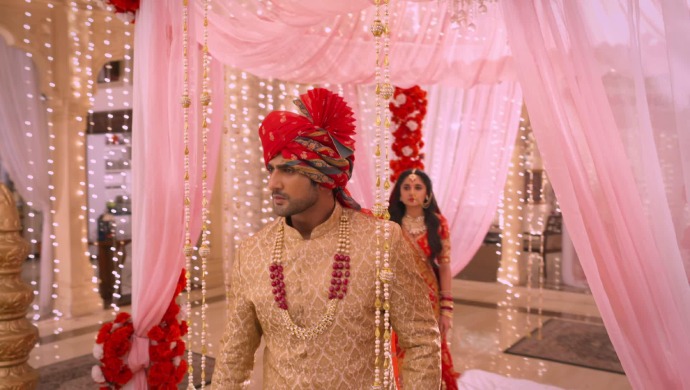 In tonight’s episode of Guddan Tumse Na Ho Payega, Guddan is happy to know that AJ still loves her. She calls AJ to tell him Antara’s entire plan. However, AJ is unconscious in the car and doesn’t answer. Antara takes Guddan to the mandap and starts the wedding ceremonies. Durga tries to stop the wedding but Guddan tells her that only AJ can stop this wedding. When AJ doesn’t show up Guddan’s marriage is complete. Antara decides to back out from their deal of her leaving AJ and the family. When Antara leaves AJ reveals himself as the groom.

In tonight’s episode, AJ is standing in the mandap with Guddan. Durga tells AJ that Antara has always been wrong and Guddan’s accusations were always correct. She tells AJ that Guddan has gone through so much just to keep the Jindal family and AJ together. Durga asks AJ how will he deal with Antara now that he knows the truth about her. Guddan also looks at AJ to hear his answer. Will AJ believe Guddan or trust Antara? Stay tuned to find out.