In tonight's episode, Parv gives Guddan 10 minutes to save AJ, Daadi and Lakshmi. He also says she can't save more than 2 people. 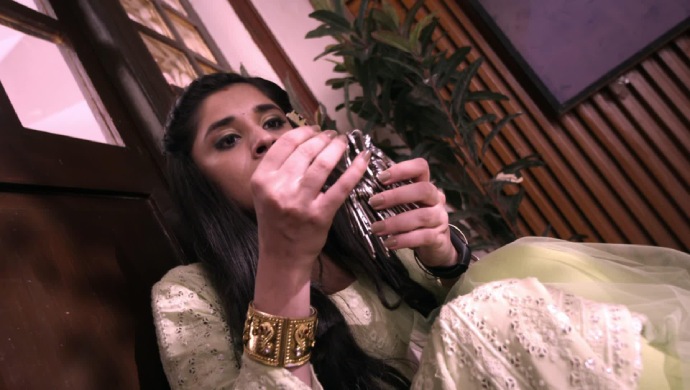 In the previous episode of Guddan Tumse Na Ho Payega, Parv poisons the food that the entire Jindal family is having. When he shows up, Angad and AJ try to beat up Parv but are knocked unconscious too. Guddan is made unconscious too. When she wakes up she sees Parv forcing Revathi to marry him. She tries to stop him but Parv tells her that he has kidnapped AJ, Daadi and Lakshmi separately. Guddan decides to save them first.

In tonight’s episode, Parv gives Guddan 10 minutes to save her family. She has to get Daadi out of a room with poisonous gas, save Lakshmi from drowning and protect AJ from poisonous snakes. Parv tells her that in 10 minutes she will only be able to save any 2 people in 10 minutes.

Parv continues with the wedding while Guddan picks Daadi to save first. Guddan finds the room to Daadi’s room locked. Noticing a key nearby she tries to open the lock but can’t find the key. Revathi resists Parv marrying her. Angad and Saraswati both try to stop Parv.

Finally Guddan picks the right key and opens the door. She covers her mouth and nose with a cloth to block out the poisonous gases. the rest of the Jindal family notice this and distract Parv from keeping an eye on Guddan. Meanwhile, Guddan unties Durga and gets her out of the room.

Guddan then goes to Lakshmi’s room. She finds Lakshmi tied up in a tank full of water which is slowly filling up. Guddan breaks the pipe sending water to the tank. She unties Lakshmi and removes her out of the tank. Angad Durga and Saraswati come up with a plan to break free from their ropes.

Parv notices Guddan has already saved 2 people. He asks the pandit to complete the wedding before Guddan reaches. Guddan breaks down AJ’s door and she finds a poisonous snake in his lap ready to to bite AJ. Will Guddan be able to save AJ’s life too? Stay tuned to find out.